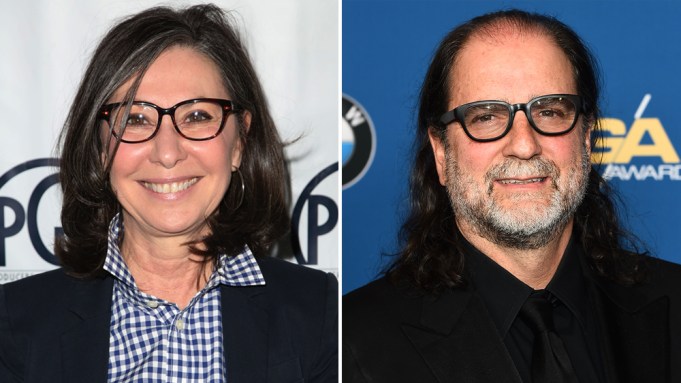 Donna Gigliotti will produce the 91st Oscars telecast, with Glenn Weiss co-producing and directing the show.

The Academy Awards will air live on ABC on Feb. 24, 2019, from Hollywood’s Dolby Theatre at Hollywood & Highland Center.

“Donna and Glenn will infuse new energy and vision into this 91st awards presentation, and we are excited about a broad-based creative relationship with these two artists,” Academy president John Bailey said on Monday.

Gigliotti won a best picture Academy Award as one of the producers of 1998’s “Shakespeare in Love.” She’s been nominated in the category for “The Reader,” “Silver Linings Playbook,” and “Hidden Figures.” Her other producing credits include “Beasts of No Nation,” “Two Lovers,” “The Good Night,” and “Emma.”

Weiss has directed the last three Oscar broadcasts, winning Emmys for outstanding directing for a variety special for the 2017 and 2018 shows. He’s won a total of 14 Emmys (including for his work on the Tony Awards).

“I’m grateful to the Academy and ABC for entrusting me with this very special opportunity,” Gigliotti said. “I’m sure it will prove to be a humbling, exhilarating, and completely unique experience. Thankfully, I will have Glenn Weiss by my side every step of the way!”

Weiss stole the show at the Emmys last month when he not only won the award for directing for a variety special, but also proposed to his girlfriend, Jan Svendsen — making Primetime Emmy Awards history. She accepted.

“I’m so looking forward to being back to help celebrate and honor the film industry and all the talented people behind this year’s movies,” Weiss said. “And I am ‘co-excited’ to be co-producing this year’s show with Donna Gigliotti!”

The Academy’s board of governors announced in August that future broadcasts will be three hours long. The 2018 awards show, which clocked in at almost four hours, was the least-watched Oscars to date. Though it pulled in a sizable 26.5 million viewers, the ratings were down 19% compared to the previous year. To accommodate a three-hour ceremony, select categories will be presented during commercial breaks.