From ‘The Favourite’ to ‘Green Book’: Oscar Contenders Jockey for Box Office Dominance

They may be triumphs of filmmaking, but 2018’s crop of awards season contenders have been a mixed bag when it comes to box office returns.

Sadly, that’s become something of a tradition — as much a staple of the Oscar race as Peggy Siegal luncheons or Meryl Streep. Last year’s best picture nominees had the lowest grosses in six years. This year’s slate of favorites could turn that around as a number of blockbusters seem to have a serious chance at Oscar glory. At the same time, a handful of indie titles have struggled to gain momentum at the specialty box office.

A number of expected champs, including “Vice,” “If Beale Street Could Talk,” and “Mary Poppins Returns” have yet to hit theaters, though the trio have already picked up plenty of plaudits. “Vice,” Adam McKay’s scathing look at former vice president Dick Cheney, surprised awards sages by taking home a leading six Golden Globe nominations. Barry Jenkins’ adaptation of James Baldwin’s novel “If Beale Street Could Talk” looks to find the Oscar-winning filmmaker back in another awards race. Meanwhile “Mary Poppins Returns,” a sequel that comes 54 years after the original, could be a major hit at a time everyone could use a few spoonfuls of sugar in their lives. We’ll have to wait a little longer to see how those titles shape up.

With a little over two months until the Oscars, Variety crunched the numbers on how this year’s crop of awards hopefuls have performed at multiplexes.

“Black Panther” has been in the awards conversation since it debuted in February, though pundits questioned if Ryan Coogler’s take on the superhero genre would get passed just as Patty Jenkin’s “Wonder Woman” was ignored in 2017. Diana Prince, portrayed by Gal Gadot, also boasted a massively successful box office run, but failed to get any love from the Academy. Golden Globe nominations are rarely a sure sign of Oscar chances, but the fact that “Black Panther” was recognized in a major category is a good sign for the Wakanda faithful. 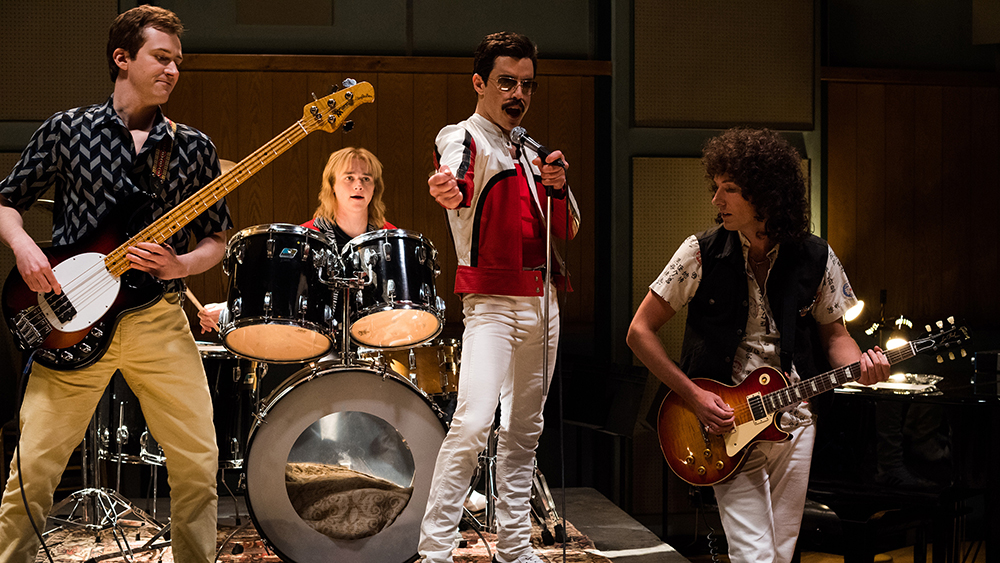 It once seemed like middling reviews and behind-the-scenes turmoil would drown out “Bohemian Rhapsody’s” Oscar dreams. Those issues were overlooked by audiences, who embraced the Queen biopic and propelled ticket sales near $600 million worldwide. One unanimous point of praise has been Rami Malek’s performance as iconic frontman Freddie Mercury, and a less competitive actor race means the “Mr. Robot” star could be vying for gold. 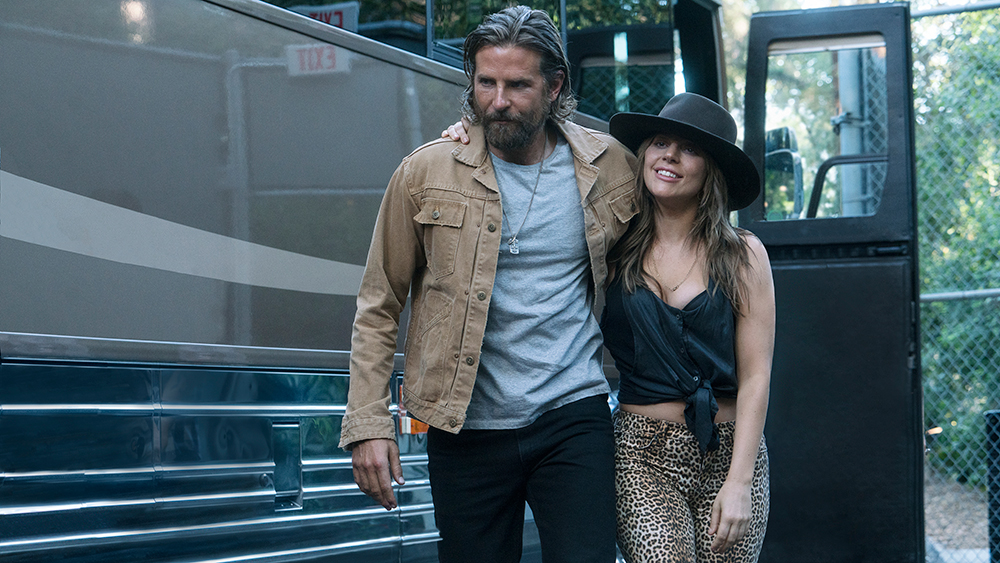 This year’s front-runner has been one of the few hopefuls that’s been able to capture box office returns, critical raves, and awards attention. Bradley Cooper and Lady Gaga have been in the thick of conversations surrounding best actor and actress races (along with directing for Cooper’s debut), while Sam Elliot’s portrayal of Jackson’s older brother has also been a crowd favorite. It looks to be a tough one to beat. 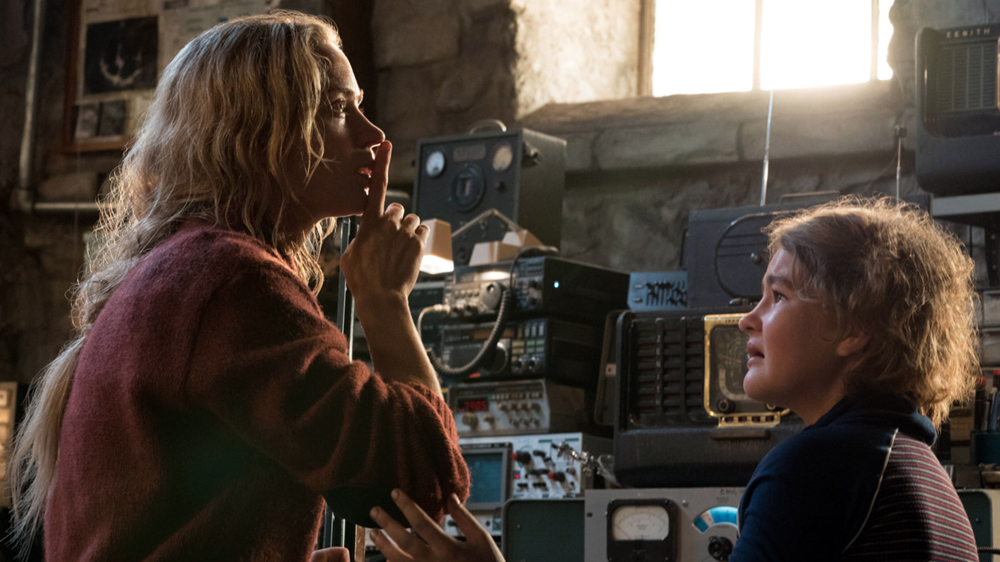 In another year, it might seem like “A Quiet Place” would be a top choice for the Oscar’s late, unlamented popular film prize. The film became a sleeper hit after stellar word of mouth propelled ticket sales to a monstrous $340 million worldwide. Not to mention its modest $20 million budget made it wildly profitable. John Krasinski’s unique take on horror hasn’t scored any acting nominations (Emily Blunt is presumably putting her chips on “Mary Poppins Returns” instead), but if its quiet come-up at the box office is any indication, “A Quiet Place” could make some noise before this season comes to a close. 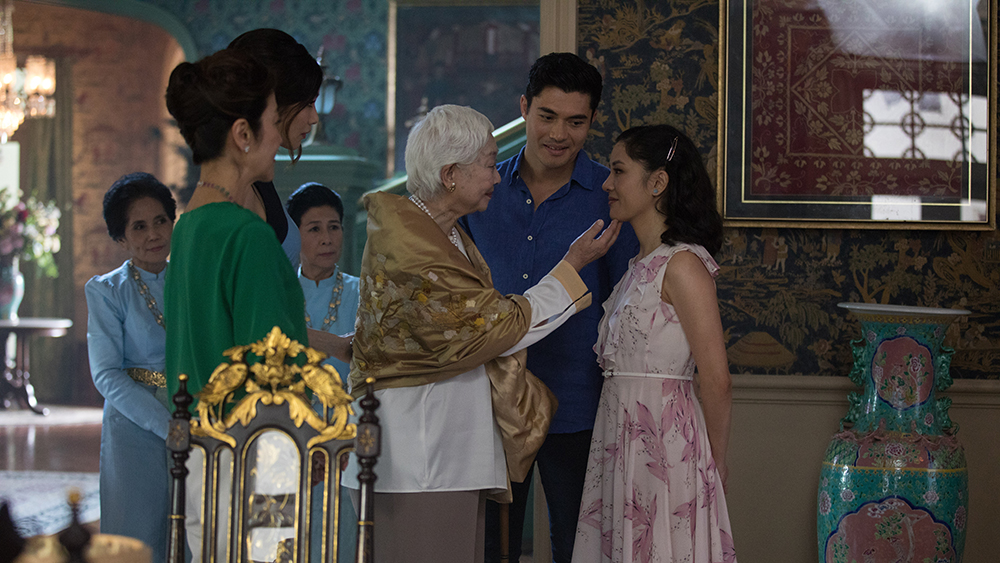 “Crazy Rich Asians” isn’t just notable for being the first studio film in over 25 years to feature an all Asian-American cast. It’s now the highest-grossing romantic comedy in a decade. Aside from proving diverse films can pack a major punch in theaters, the adaptation of Kevin Kwan’s book picked up two Golden Globe nominations for best comedy and best actress for Constance Wu. Could that be the start of a long and fruitful awards season?

“BlacKkKlansman” marked the best start in over a decade for a Spike Lee joint, and the timely look at black police officer who infiltrated a local chapter of the KKK brought back the best returns for the director since 2006’s “Inside Man.” John David Washington’s portrayal of detective Ron Stallworth and Adam Driver’s turn as his partner could result in acting nods. Better yet, Lee, criminally ignored for masterworks such as “Malcolm X” and “Do the Right Thing,” may finally get the Oscar he richly deserves. 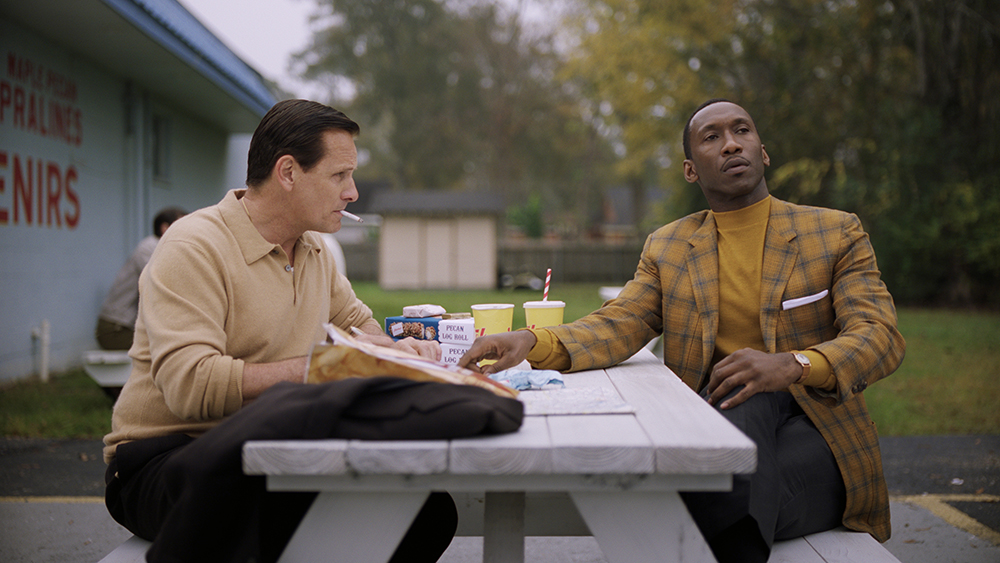 It’s been a bumpy ride for “Green Book.” Its disappointing expansion in wide release, to say nothing of Viggo Mortensen’s controversial use of the N-word at a screening, has been less than helpful for the buddy comedy’s rollout. And yet, the film continues to rack up statues, including a surprise win as the National Board of Review’s film of the year. Perhaps all it needed was a bigger platform, and after garnering five Golden Globe nods, “Green Book” saw a rare decline of 0% in North America this weekend. Maybe audiences are finally showing up to this crowd pleaser.

“The Favourite” has enjoyed a strong expansion, picking up $3.4 million when it added 91 theaters to its count. When it opened during Thanksgiving, Yorgos Lanthimos’ 18th century drama starring Emma Stone, Rachel Weisz, and Olivia Colman scored the best screen average ($105,500) in two years with $105,500. The absurdist black comedy has been called Lanthimos’ most accessible film (no offense to those “four-quadrant” movies “The Lobster” or “Killing of a Sacred Deer”), and the timeliness of a feature with fully formed female characters means this could be “The Favourite’s” year at the Academy Awards. 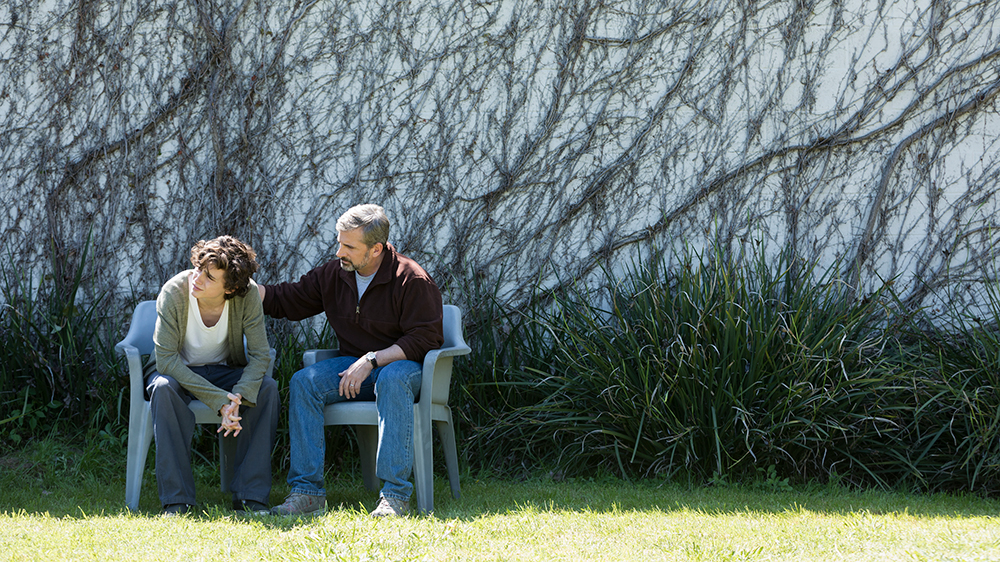 Heartbreaking performances by Steve Carell and Timothee Chalamet as a father and son whose relationship is tested by drug addiction should check off all the elements for an Oscar. The duo of Carell and Chalamet should have generated much stronger box office receipts, but the reviews were only so-so. 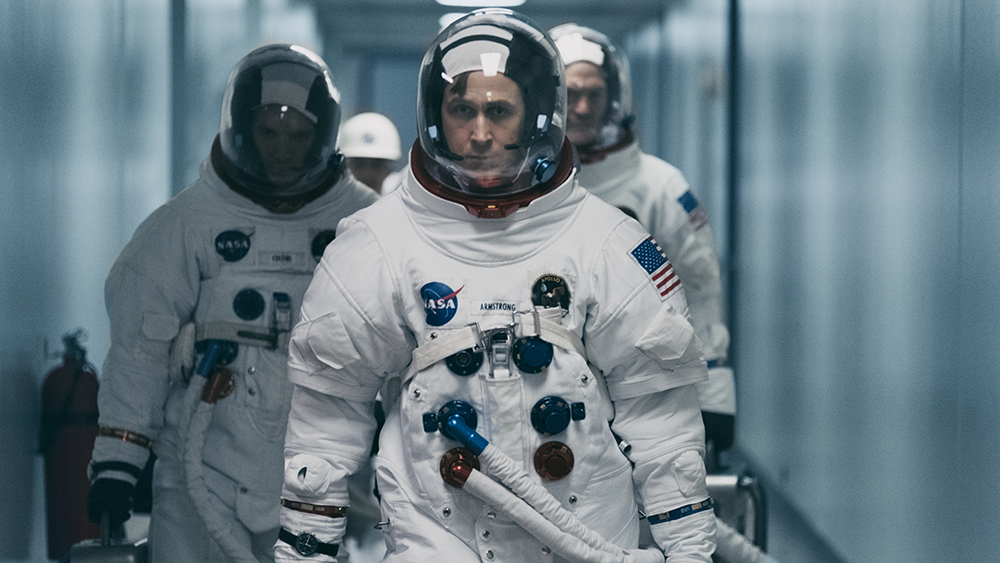 Despite underwhelming receipts, Damien Chazelle’s “First Man” has been able to stay in the part of awards discourse, largely for the performance of Claire Foy as Neil Armstrong’s wife Janet and the score by “La La Land” composer Justin Hurwitz. It cost $60 million to produce and even more to market, meaning a global haul of $100 million won’t be enough to turn a profit.

“Can You Ever Forgive Me?” 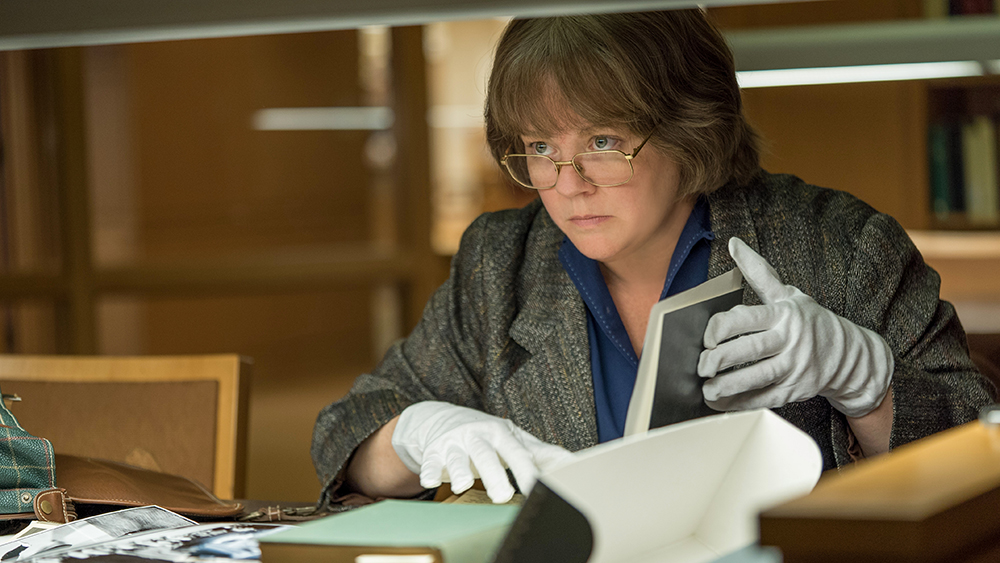 “Can You Ever Forgive Me?” keeps chugging along as the biographical drama about a literary forger nears $7 million at the domestic market. It dipped just 27% after picking up two Globe nods for Melissa McCarthy as Lee Israel and Richard E. Grant for his performance as the fraudulent author’s confidant Jack. Perhaps a few more nominations will help put a some more butts in seats.

“Roma” is the only movie on this list without reported box office earnings. Netflix has had no problem vocally expressing disdain toward theatrical releases, but the streaming behemoth was forced to make an exception on its quest to bring home that sweet, sweet Oscar gold. So while Alfonso Cuaron’s love letter to Mexico will play in 600 theaters worldwide, we won’t know how much “Roma” has raked in since Netflix doesn’t divulge numbers. “Roma” wasn’t eligible to compete in the Globes’ top category (it received a foreign language nod), but the black-and-white drama has largely been seen as a shoo-in for best picture since it debuted in Venice. Cuaron, who won two Oscars for “Gravity,” could also pick up another directing trophy. Oh, and Netflix, how about reporting box office grosses for a change? That would be truly radical.