Saoirse Ronan Struggles With Intimacy in ‘On Chesil Beach’ Trailer 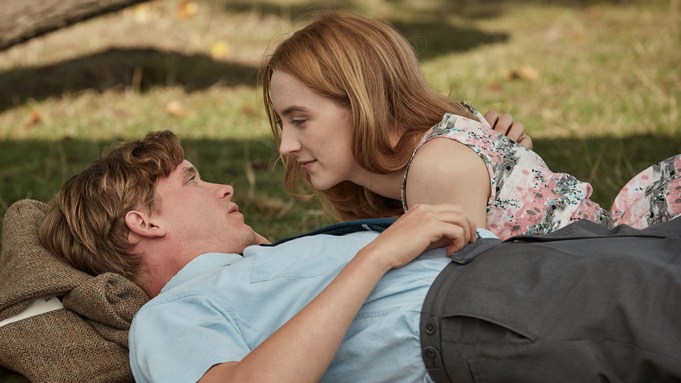 Saoirse Ronan’s next film is here, following the success of awards-season favorite “Lady Bird,” and it takes her far away from early-2000s Sacramento.

In the new “On Chesil Beach” trailer, released on Thursday, Ronan stars alongside Billy Howle as a young couple from drastically different backgrounds. Ronan’s character Florence, an upper-class violinist, falls for Howle’s grad student Eddy, and they marry, with much of the movie focusing on the pair’s honeymoon at Chesil Beach in the summer of 1962.

Directed by Dominic Cooke and also featuring Anne-Marie Duff, Adrian Scarborough, Emily Watson, and Samuel West, “On Chesil Beach” explores the couple’s struggles with sex and intimacy, along with the pressures of what is expected on a wedding night.

In the trailer, Ronan’s character turns to a sex manual for answers and consistently flees when things start getting intimate with her new husband, telling him, “We can never be happy and it’s all my stupid fault.” In another scene, Howle’s character yells at her on the beach as she bursts into tears, asking, “Have you actually forgotten that we were married today? We’re man and wife, that’s what you promised.”

The pic is based on Ian McEwan’s 2007 novel of the same name and premiered at the Toronto International Film Festival. “On Chesil Beach” hits theaters on May 18.