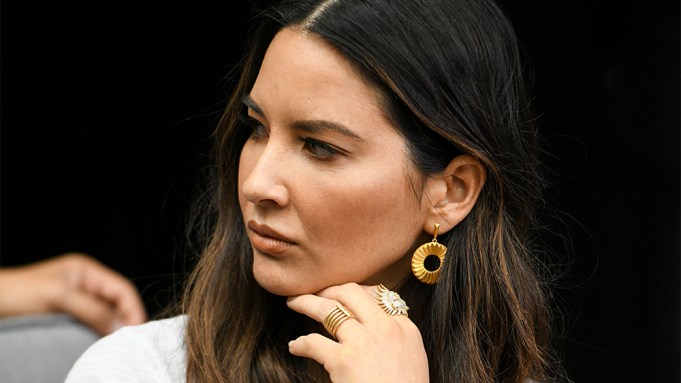 In an exclusive interview with Variety, Olivia Munn says that Fox initially didn’t return her call after reporting “The Predator” actor Steven Wilder Striegel to the studio.

“When I called, (Fox) was silent for two days,” the actress told Variety’s Jenelle Riley at the Toronto Film Festival.

“I did have to reach out again and say I didn’t feel comfortable presenting at the MTV Awards with Keegan (Michael Key) unless this guy was out of it.”

Striegel, a friend of “The Predator” director Shane Black’s, pleaded guilty in 2010 to two felonies — risk of injury to a child and enticing a minor by computer — after facing allegations that he attempted to lure a 14-year-old female into a sexual relationship through the internet. He served six months in jail.

“I’m not saying they weren’t working on it behind the scenes,” Munn says of Fox. “I just didn’t hear anything about it. But I’m happy that they did obviously because I’m proud of the work we did in this movie, we all worked really, really hard, and I wouldn’t be able to morally stand behind this movie with this guy in there.”

A spokesperson for Fox said this week that the studio was unaware of Striegel’s history when casting the film. “We were not aware of his background due to legal limitations that impede studios from running background checks on actors,” the company wrote in a statement.

“The reason why it’s so important, especially in Hollywood, is because movies are so far reaching. And this kind of movie, it’s an international movie, it’s going to go global, or that’s our hope, and more people see that,” Munn said.

She added: “When you have somebody on a big screen, no matter how small – we’ve all done little parts in movies – that little grain of fame is just enough to reach out and influence somebody who is impressionable and if you have somebody that has a history of using that to abuse children, that’s not OK in my book. And I do believe people deserve second chances, but I do have a hard line when it comes to people who hurt children or animals. You deserve to go make money, but not alongside me in a film. You can go work in a lot of other places or like make an Etsy store or something.”

Black has since apologized for the error in judgement in a public statement, but Munn said she was disappointed he never reached out personally to her.

“I think an apology has to happen privately not just publicly, I believe in his apology that he said he apology to everyone past and present that he’s put in that situation, and that would be me, but I didn’t get that apology, I read about it online like everyone else.”

“There’s a point when you’re in it, everybody from the top down, they just want you to keep quiet and do anything to help the movie,” she said. “They’re doing some Jedi mind trick like ‘These aren’t the people you’re looking for’ and I’m like ‘That’s not working on me!”

Black, whose previous credits include “Iron Man 3” and “Kiss Kiss Bang Bang,” was not available for press at the Toronto premiere of “The Predator” on Thursday.

Munn stars in Fox’s reboot of the classic sci-fi film alongside Boyd Holbrook and Keegan-Michael Key.

Since Thursday’s report by the L.A. Times, she said the online support has been nothing short of overwhelming.

“Sometimes you just need people to validate that you’re not crazy!”