Box Office: ‘Ocean’s 8’ Runs Off With $4 Million on Thursday Night 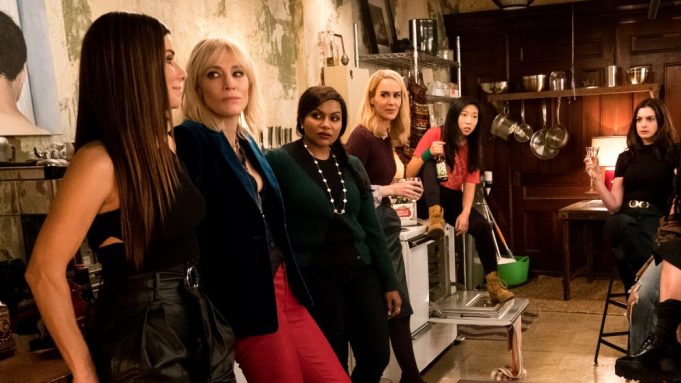 “Ocean’s 8’s” preview number came in well above the $3.4 million taken in two years ago by the gender-swapping “Ghostbusters” reboot, which went on to post a $46 million opening weekend.

Warner Bros.’ “Ocean’s 8” is eyeing a domestic debut between $33 million and $40 million at 4,145 sites — about 500 more than any of the previous “Ocean’s” movies. The film received a small head start on Wednesday night, as AMC Theatres hosted preview screenings in 36 locations as part of a girls’ night out promotion.

Gary Ross directs from a script he wrote with Olivia Milch. Steven Soderbergh, who directed the three previous “Ocean’s” movies, produces with Susan Ekins. Critics have been mostly impressed with “Ocean’s 8,” which has racked up a 72% score on Rotten Tomatoes.

The film is the fifth in the franchise, starting with the original “Ocean’s 11” in 1960, followed by the remake “Ocean’s Eleven” in 2001, “Ocean’s Twelve” in 2004,” and “Ocean’s Thirteen” in 2007 — all with Clooney, Brad Pitt, Matt Damon, Andy Garcia, and Don Cheadle. Each bowed between $36 million and $39 million in their domestic openings. In total, the trilogy collected over $1.2 billion worldwide.

The third weekend of Disney’s “Solo: A Star Wars Story” and the fourth frame of Fox’s “Deadpool” are set to battle for second between $11 million and $15 million. “Solo” has taken in $158 million in it first 13 days domestically and “Deadpool 2” has totaled $262.8 million in 20 days.

The latest “Ocean’s” installment opens against two R-rated entries — “Hereditary” and “Hotel Artemis.” Both films are looking at mid-single digit debuts between $5 million and $9 million.