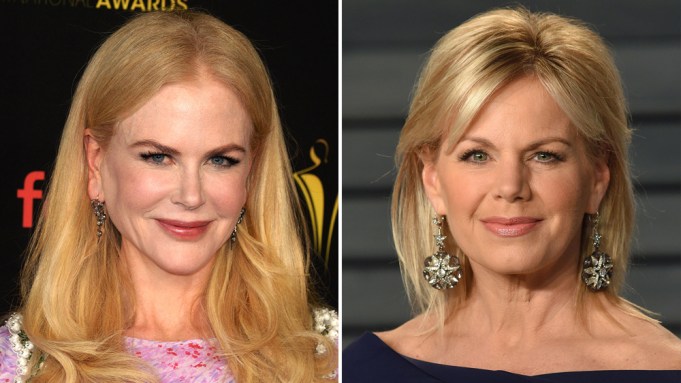 Nicole Kidman is in talks to play former Fox News anchor Gretchen Carlson in Annapurna’s upcoming drama about disgraced former Fox News chief Roger Ailes and the women who brought him down.

The movie will follow the ensemble of women who took on the toxic male culture of Fox News and helped depose its chief architect. Carlson played a key role in this narrative as she was the first woman to file a sexual harassment lawsuit against Ailes after she was fired.

The film has gotten the attention of several A-list actresses, including Margot Robbie, who’s also eyeing a role in the pic, though sources say her schedule still needs to be sorted.

Theron will also produce, along with Beth Kono and AJ Dix via their Denver & Delilah banner. Roach, Randolph, and Margaret Riley are producing as well.

Kidman recently scored an Emmy and Golden Globe for HBO’s acclaimed series “Big Little Lies,” which is currently shooting its second season. Her upcoming slate includes Warner Bros.’ “Aquaman,” “Destroyer,” and “Boy Erased” with Lucas Hedges. She is also set to star in Warner Bros.’ adaptation of “The Goldfinch.” She is repped by CAA and Media Talent Group.