‘Godzilla: King of the Monsters’ First Trailer Stomps Into Comic-Con 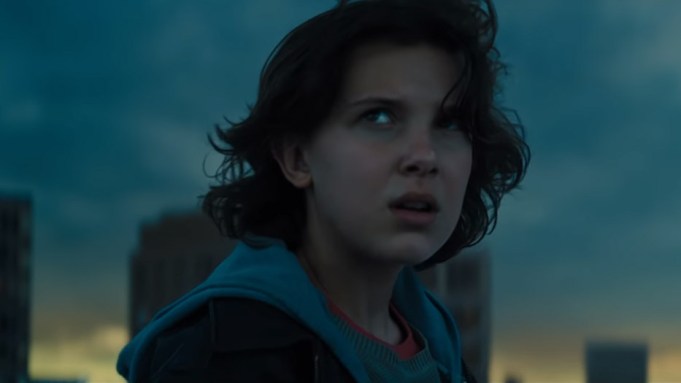 In it, Brown can be seen in the center of the action at the beginning of the clip as a city falls around her. As the trailer heats up, we get glimpses at more than just Godzilla, including King Ghidorah, the insect Mothra, and the winged beast Rodan.

“King of the Monsters” is the sequel to the Gareth Edwards-directed “Godzilla” movie released in 2014. It initially seemed like a standalone movie, until the post-credits scene on “King Kong: Skull Island” burst open the doors for an entire cinematic universe of rebooted larger-than-life monsters.

Directed by “X-Men: Apocalypse’s” Michael Dougherty, “King of the Monsters” looks to bring back Godzilla’s glory days with an all-out kaiju battle royale between the big lizard himself and his three most iconic enemies: Mothra, a massive moth once worshiped by the ancient world as a guardian angel due to her being able to shoot blinding “god rays” from her thorax; Rodan, a powerful pterodactyl the size of two skyscrapers with rocky skin made from volcanic sediment and a wingspan large enough to create city-leveling sonic claps; and Godzilla’s most infamous archenemy, King Ghidora, a fearsome three-headed dragon with electro-receptor molecular biology capable of generating powerful stratosphere-ripping storms as he flies.

Humanity’s fate hangs in the balance when “Godzilla: King of the Monsters” hits theaters on May 31, 2019.