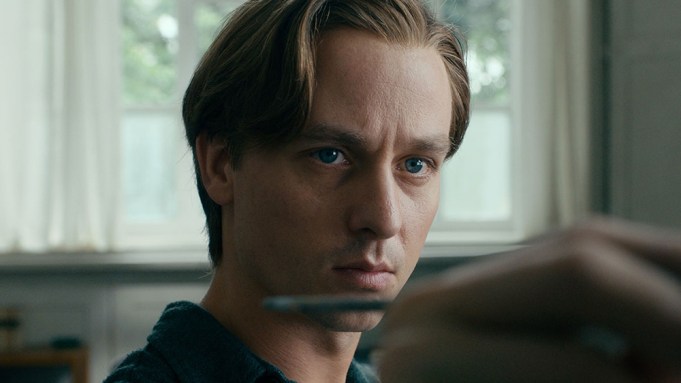 It’s been 12 years since “The Lives of Others” earned critical raves and captured the Oscar for best foreign film, but director Florian Henckel von Donnersmarck is back in the awards hunt.

The German writer and director’s latest, “Never Look Away,” opens in limited release on Nov. 30. It is being distributed by Sony Pictures Classics. The story of visual artist Gerhard Richter is Germany’s official selection for the 2019 Academy Award for best foreign language film. Like “The Lives of Others,” the film unfolds in East Germany. It follows Richter as he grapples with the fact that his girlfriend’s father played a role in the Nazi eugenics program. A new trailer for the film is debuting exclusively on Variety.

In an interview, Donnersmarck said he was drawn to Richter’s life story out of a desire to look at the artistic process.

“I wanted to explore human creativity and how it can be that some people take traumatic events of their lives and turn it into beautiful art,” he said. “How that alchemy is possible. It was inspired by a German painter. He experienced a bombing of of his hometown of Dresden and turned it into haunting and beautiful feelings. I found that very inspiring. He had an aunt that was murdered by Nazis because she was schizophrenic, and he made a painting as a memorial. Great artists have the ability to make tragedies and turn it into art.”

Donnersmarck dismissed claims that the film is a biopic, but said the film was rigorously researched even if it deviated from the facts at times for the sake of drama.

“If you look at something like ‘Citizen Kane,’ it’s pretty clear that was inspired by William Randolph Hearst, but on a certain level I would find it less appealing if it were called ‘Citizen Hearst’ and not ‘Citizen Kane,’ said Donnersmarck. “That’s an extreme example of something I found inspiring. You can take liberties and still stay true to a certain time and a type of truthfulness.”

If there’s one takeaway from the film, Donnersmarck said, it’s the title.

“Don’t shut your eyes when you see injustice or when you see something painful,” he said. “It’s important for us to confront reality.”