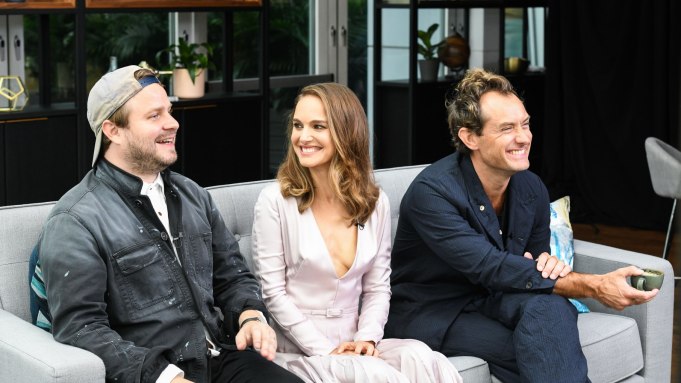 Natalie Portman’s “Vox Lux” dazzled critics at the Venice Film Festival and continues to draw crowds in Canada. At our Variety Studio presented by AT&T at the Toronto Film Festival, the actress joined co-star Jude Law and director Brady Corbet to discuss the darkness behind all the glitter and glam of “Vox Lux.”

After the Venice and TIFF premieres, Portman claimed that this was the most political film she’s ever made. The actress explained this statement to Variety exclusively.

“Brady’s writing was such an accurate portrait of our moment, like nothing I’ve seen,” she said. “Where it’s not any sort of political message, or anything like that, but it has such a, ‘This is the culture and the political situation that we’re living in where everything is for sale.’ And how much attention we pay something, whether it’s a pop star, or a terrorist attack, gives it its importance and gives it its value. How much you can sell it is what makes it important.”

Her character, Celeste, discovers fame at the age of 13, shortly after her school is attacked by a rogue shooter. The atrocity, and the song it inspired her to sing, rockets the young girl to stardom. Portman herself understands the glare of the early Hollywood spotlight, having starred alongside Jean Reno in the 1994 movie “Leon: The Professional.”

“It is a weird thing to have a public persona and a private persona so young,” Portman said. “Because you’re kind of aware of keeping those separate. And there’s a weird splitting of self, ‘This is what other people can know about me, this is what’s valuable for me to have just for myself,’ and that can be strange, but important to keep separate. Which, this character doesn’t really do.”