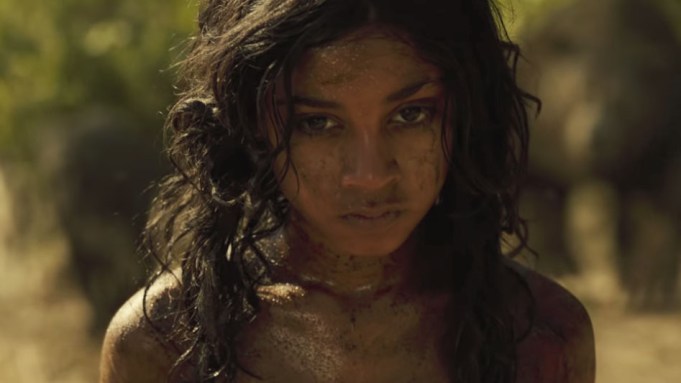 Warner Bros. has released its first trailer for “Mowgli,” director Andy Serkis’ decidedly downbeat version of “The Jungle Book,” based on Rudyard Kipling‘s classic 19th Century tale of the boy who grew up in the jungles of India.

The studio appears to be making a major effort to differentiate the movie from Disney’s 2016 hit “The Jungle Book,” which generated $966 million in worldwide box office. The CGI footage for “Mowgli” features genuinely threatening beasts such as the malevolent tiger Shere Khan, voiced by Benedict Cumberbatch, who asserts, “My, my, how you’ve grown.”

The comedy-free trailer launches with Mowgli imprisoned in a wooden cage. He’s told by his friend Bagheera, voiced by Christian Bale, “When you were a cub, I looked you in the eye and saw no fear.”

There’s none of the light comic tone of “The Jungle Book,” which featured a winning Bill Murray as Baloo the Bear belting out “The Bare Necessities.” Serkis is portraying Baloo in this version, adding to his extensive resume for CGI characters after playing Gollum in “The Lord of the Rings” films and Caesar in the recent “Planet of the Apes” trilogy.

The film also stars Rohan Chand as Mowgli, Matthew Rhys, and Freida Pinto, with motion capture performances by Cate Blanchett and Naomie Harris in addition to Cumberbatch, Bale, and Serkis.

Warner Bros. will release “Mowgli” on Oct. 19. Watch the trailer above.