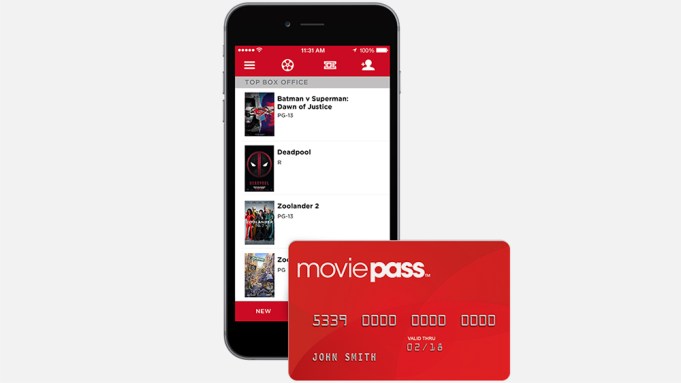 Stock of MoviePass parent company, Helios and Matheson Analytics, declined 15% on Tuesday to close at an all-time low of 25 cents a share amid Wall Street’s continuing uncertainty over the service.

Tuesday’s decline coincided with AMC Theatres launching its new monthly $19.95 movie subscription plan to allow customers to see up to three movies a week. The world’s largest exhibitor claims an “overwhelmingly positive response” to the plan.

Helios stock has been declining since last October, when it traded at $38.86 a share after it lowered its monthly subscription fee from $50 to $9.95. The company is losing money because it pays movie theaters full price for the tickets its customers buy.

MoviePass has more than 3 million subscribers and allows customers the chance to see a movie a day for a monthly fee of $9.99. But Wall Street has been losing faith in whether MoviePass can survive by selling data about its customers. The issue took a major hit after a May 8 filing with the Securities and Exchange Commission that revealed it had $15.5 million in available cash at the end of April, plus $27.9 million on deposit with merchants while monthly expenses totaled $21.7 million.

Helios and Matheson launched a $164 million bond sale last week, announcing that it had reached an agreement with institutional investors to issue convertible notes for that amount, as well as 20,500 shares of preferred stock. It also told its members over the weekend that it would be instituting “peak pricing” under which subscribers will have to pay a “small additional fee”  depending on the level of demand. It did not disclose when that would take place or the actual size of the fee.

It also announced that MoviePass members on any plan will soon be able to access RealD 3D, IMAX 2D or 3D, and other Premium Large Format showings of any film for an additional upgrade fee.

“These features are being tested currently and will slowly roll out to all our members over the next several weeks,” Moviepass said.