How Much Longer Can MoviePass Last? 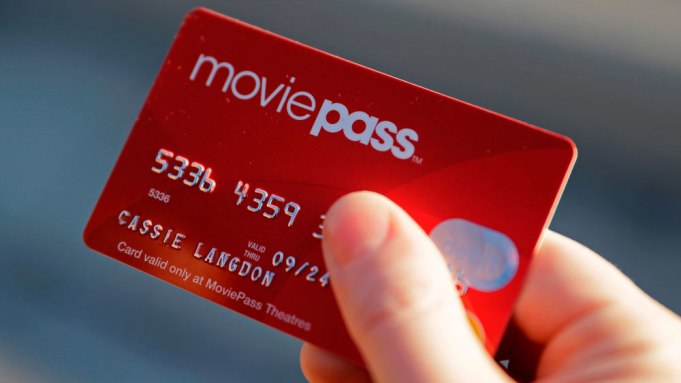 Is MoviePass, the subscription service that once trumpeted itself as the Netflix of movie-going, about to fade to black?

With cash running low and its stock tanking, it certainly seems like the end of the line for a company that has disrupted the exhibition industry. Last week, MoviePass borrowed $5 million at borderline usurious rates because it desperately needed capital. But its situation has failed to improve. There have been widespread breakdowns in service that have left customers angry and concerned that MoviePass is about to go under.

Nick Laubach, a 22-year-old sales operations specialist from Tampa, Fla., said there were no showings appearing Monday night on the MoviePass app and that the company had not added listings for new releases such as “Mission: Impossible – Fallout.”

“I am worried that they are going to go out of business,” he said. “This is particularly worrisome for me because I purchased an annual subscription for Moviepass in December of 2017. If they go out of business, I highly doubt I would receive a refund for the remaining months of service I would lose.”

Nor is Laubach alone in his pessimism. Rikki Greenspan, a 25-year-old New Yorker who works in advertising, arrived at a theater with her grandmother over the weekend only to discover she couldn’t buy a ticket with her MoviePass card. Instead, she had to pay cash. The person behind her in line was also having issues buying a ticket with the service.

“They didn’t answer the phone,” said Greenspan. “There was an automated chat on the app, but that didn’t do anything. It seems like the company is pretty much over.”

Zach Tyroler, a 28-year-old recruiter from Washington, D.C., has seen 67 movies since joining MoviePass in September, but it’s unclear how many more tickets he’ll be able to buy. Lately, when he’s tried to use MoviePass, he’s seen surge pricing of up to an additional $6 on new releases, and things don’t seem to be getting better.

“Yesterday I couldn’t check into any movie,” Tyroler said.

On Tuesday, in what looked like a desperation move to right its fiscal ship, MoviePass said it was raising its monthly subscription fees from $9.99 to $14.99, and would prohibit users from buying tickets to major studio films in the first two weeks of their release. The news prompted a sell-off of MoviePass’ parent company’s stock. It closed Tuesday down 38% at 49 cents. In October, the stock hit a high of over $32.

“It’s tough to know how much of a financial cushion they have,” said Eric Wold, an analyst with B. Riley & Co. “It’s a little bit scary when you’ve gotten a stock price hit as fast as it has been and the company has to take an emergency loan to meet its obligations.”

That was a very different time, one in which MoviePass was the revolutionary new service shaking up an exhibition industry that seemed allergic to innovation. Since slashing its prices by roughly $20 last August, MoviePass has been able to attract roughly 3 million subscribers in less than a year by offering an irresistible value proposition. For less than the cost of a single movie ticket in markets such as New York and Los Angeles, users could see a movie a day for a month.

The stock may have surged initially, but from the beginning, MoviePass’ business model attracted a fair share of skeptics. The company was able to buy tickets from any theater that accepted major credit cards because it used a MasterCard-enabled device. However, it had to pay full price for the movies its customers saw, and was, in effect, subsidizing their theater-going. That meant that every time a user activated the service, MoviePass was likely losing money.

MoviePass said there were other ways it could eventually turn a profit. It claimed that it would be able to collect data on its subscribers and sell it to interested parties, something that became less attractive in the wake of Facebook’s Cambridge Analytica scandal. It also claimed that it would be able to shoulder the cost of tickets by selling ads on its service and partnering with studios and exhibitors. These alliances would theoretically give them access to discounted tickets or potentially allow MoviePass to receive a share of concession sales. However, SEC filings last spring revealed those proposals hadn’t prevented the company from running desperately low on cash.

The new pricing was tied to MoviePass’ sale to Helios and Matheson, a little-known data firm run by Ted Farnsworth, an entrepreneur whose past ventures included everything from energy drinks to psychic hotlines. He partnered with Mitch Lowe, a former Redbox and Netflix executive, who had taken over the flailing MoviePass from its original founders Stacy Spikes and Hamet Watt. Lowe was looking for a way to reignite interest in a service that had burned through millions of dollars without attracting much notice.

The bargain pricing worked even as it raised the ire of industry heavyweights such as AMC, which dismissed the company as a “fringe player” with an unsustainable business model. MoviePass initially shrugged off that particular shot across the bow and predicted AMC would eat its words. In an interview with Variety last March, Lowe predicted that, “We will eventually be working with [AMC] and that we will be working with not just them but with others who claim they will never work with us.”

That never happened. Instead, AMC has launched its own subscription service, dubbed A-list. For $19.99, it enables users to see movies in 3D, Imax, and other premium formats, and to see up to three films a week. Customers can also reserve seats. Analysts say that with MoviePass raising prices, AMC’s A-list now looks more attractive. Moreover, the negative headlines about MoviePass’ service outages and shifting terms of use aren’t helping the situation.

“How on earth are you going to be able to attract new customers when you read the price is going up one day and you’re not going to be able to get tickets to the first weekend of a new release?” asked Eric Handler, an analyst with MKM Partners. “It’s almost like rolling the dice every time you go to a movie with MoviePass, because you’re not sure it’s going to work.”

Michael Pachter, an analyst with Wedbush Securities, said he didn’t think the increase in pricing would be enough to help MoviePass break even. He noted that the company was operating at roughly a $20 million monthly deficit and estimated that they were losing $7 on each member over that time frame. With the new pricing, Pachter thinks the service becomes less attractive for new customers, limiting its ability to grow its ranks, and will still result in a loss of $2 per subscriber. Even if MoviePass goes belly up, he thinks there are lessons to be learned.

“Don’t delude yourself into thinking that a business that loses money on each customer can make it up with volume,” said Pachter.

Even as MoviePass fans admit they think the service is nearing its expiration date, most say they’re prepared to keep their subscriptions until the bitter end.

“I’m going to stick it out until it shuts down,” said Julia Sullivan, a 23-year-old public relations worker from New York. “It’s the best bargain you can get.”