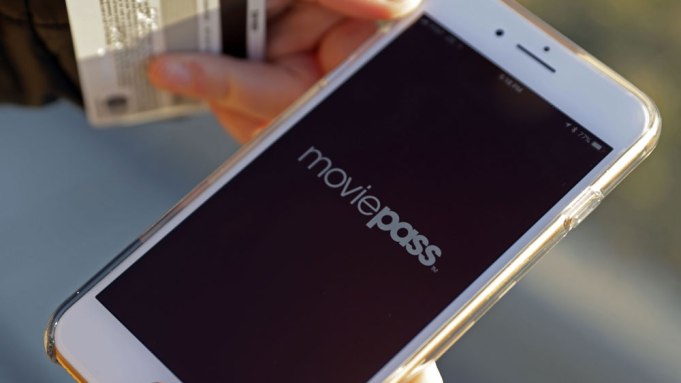 It probably wasn’t the way that MoviePass and Helios & Matheson imagined spending their one-year anniversary. On Tuesday, the two companies that have upended the exhibition industry with their low-cost subscription service revealed that MoviePass lost an astonishing $126.6 million during the most recent fiscal quarter.

Moreover, the struggling company said it was burning through $73 million a month, and had only $15.5 million in cash on its balance sheet. It has lost more than $219 million since the beginning of the year.

Wall Street wasn’t impressed. Helios and Matheson, which bought MoviePass 12 months ago, saw its shares plunge, falling 15% to 4 cents. The company has already undergone a stock split so it can continue to be listed and may be forced to undertake another one if it wants to boost shares above $1 and remain on the Nasdaq. Compounding its myriad issues, Helios and Matheson is facing two federal class-action complaints for allegedly making “false” or “misleading” statements.

In a press release billed as a “progress report,” MoviePass reflected on its journey since joining the Helios family. The service has been on a meteoric rise and fall since slashing its prices to $9.95. Its subscriber rolls quickly swelled, with the company reporting that it has some 3 million customers — a hefty increase from the number of users it boasted when Helios purchased it.

“With only eight employees at the time, MoviePass was considered a fringe player supporting 720 partnered screens and having 15,000 subscribers,” the press release reads. “When MoviePass lowered its subscription price from $20 per month to $9.95 per month, it created a movement bringing movie enthusiasts back to movie theaters and became a boon to a declining industry which, one year later, is showing signs of a financial rebound.”

In order to stop burning through cash, MoviePass has instituted major changes. After publicly flirting with raising prices, it is abandoning that plan, but will limit subscribers to three films a month. It previously allowed them to buy a ticket a day. MoviePass has been plagued by service outages as it has struggled to pay its bills.

“We far exceeded our 2017 expectation for Helios and MoviePass,” said Ted Farnsworth, Helios chairman and CEO. “In our agreement to acquire MoviePass in August 2017, MoviePass had a performance milestone to achieve 100,000 subscribers in one year. We were all surprised to see the subscriber growth surpass that milestone in one week. It is rare to see surprises of this magnitude. We’ve reached an important point in our company where, after a year of research and analysis, we believe we have fine-tuned the MoviePass business model to fit our unique growth rate. Under the new plan, we believe we are creating a more sustainable path for MoviePass and its loyal subscribers.”

Since it started its financial free-fall, MoviePass has been the subject of a great deal of media attention, much of it of the critical or doomsday variety. In its progress report, MoviePass decided to accentuate the positive.

“MoviePass is one of the most widely read business stories of 2018,” it said.