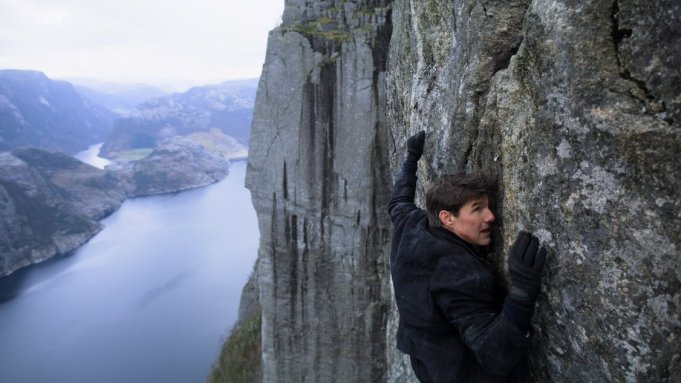 Starring Tom Cruise, Rebecca Ferguson, and Alec Baldwin — who will reprise their roles from previous films — “Fallout” will add Henry Cavill, Angela Bassett, Vanessa Kirby, and Sian Brooke to the cast. Directed by Christopher McQuarrie, the film follows Cruise’s Ethan Hunt and team as they race against time after a botched mission.

Last week, Cruise posted a photo of himself hanging off the side of a helicopter in a still from the film, promising fans, “We’ve upped the ante for the sixth #MissionImpossible. I can’t wait for you guys to see more.” “Fallout” was forced to halt production in August after Cruise sustained a serious on-set injury while performing a stunt. He broke his ankle after falling short and slamming into a wall while leaping across a building gap.