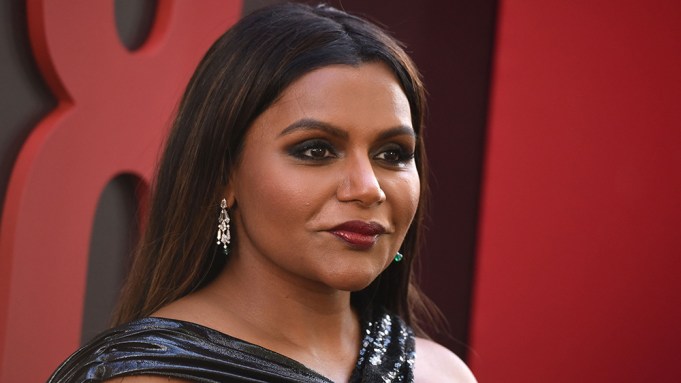 Mindy Kaling’s character on “The Mindy Project” typically wore bright, vibrant clothing — and much of that wardrobe consisted of Kate Spade pieces.

Kaling is one of many celebrities who have spoken out about Spade in the days following the fashion designer’s tragic suicide at the age of 55.

Almost immediately after Spade’s death, Kaling tweeted she was “heartbroken” to hear the news. Hours later, Kaling was at the New York City world premiere for her film “Ocean’s 8,” where she continued to honor Spade during red carpet interviews.

“I love fashion, as you know, but one of the things that was amazing about Kate Spade is that she brought fashion to people who could not necessarily afford haute couture and they could buy Kate Spade and they could feel really special and like they were part of the fashion world, and they were,” Kaling told Variety earlier this week at the “Ocean’s 8” premiere. “I wore her clothes so much for ‘The Mindy Project’ and in my life, and her clothes always were so sparkly and twinkly and represented this really specific kind of wish fulfillment of New York City life.”

“It’s so tragic, and it’s yet another reminder that depression can affect anybody,” Kaling continued. “It doesn’t matter the socioeconomic circumstances or success. It’s really sad.”

Along with Kaling, many actresses — including Kathy Griffin, Lena Dunham, and Reese Witherspoon — have posted social media tributes to the fashion designer, and have been sharing stories of purchasing their first Kate Spade handbag.

Spade’s husband, Andy Spade, released a statement regarding his wife’s death, saying, in part: “Kate suffered from depression and anxiety for many years. She was actively seeking help and working closely with her doctors to treat her disease, one that takes far too many lives. We were in touch with her the night before and she sounded happy. There was no indication and no warning that she would do this. It was a complete shock. And it clearly wasn’t her. There were personal demons she was battling.”

Spade and her husband have a 13-year-old daughter, Frances Beatrix Spade.