Mila Kunis on ‘Noticeable Difference’ in Working With Female Director: ‘No One Is Yelling’ 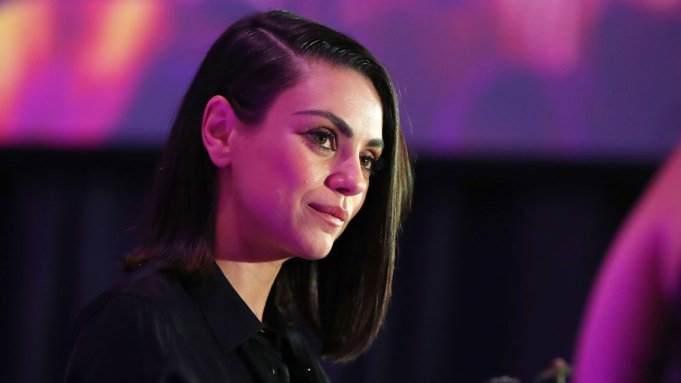 Actor and producer Mila Kunis points to one event in her life that gave her the perspective — and the confidence — to advocate for herself and other women in the entertainment business.

Speaking at Variety‘s inaugural Path to Parity women’s summit in West Hollywood, Kunis shared with a roomful of industry leaders, showrunners, producers, talent, and others, that becoming a mother led her to re-examine what mattered.

“When I became a mom, so many things that I used to be insecure about and concerned myself with, no longer mattered,” she said on Wednesday. “The ability to say no, had a purpose.”

Mila Kunis on how being a mother changed her: 'I had better things to concern myself with than some strangers opinion of whether or not I was a bitch' https://t.co/WqAIWJm3tB #PathToParity pic.twitter.com/w8RARVaNT9

Eager to see positive change in Hollywood for women, Kunis said she focused on supporting young, female writers, noting that writers’ rooms continue to be dominated by men.

Mila Kunis explains what women can do to help other women: 'Hire them' https://t.co/WqAIWJm3tB #PathToParity pic.twitter.com/Z8j9tlzabc

The “Bad Moms” and “Black Swan” star said the industry hadn’t changed much for women in the nearly 20 years that she’s been in the business. To amend that, Kunis said she’s worked to empower other women, in part by taking risks with films that Hollywood tastemakers have long said would flop.

Kunis, who starred in 2016’s “Bad Moms,” an R-rated comedy featuring an all-female cast, struggled to convince some women to join the movie. Several of them dropped out. “I was pregnant and had a baby so I wasn’t thinking about doing it,” she recalls. “I was trying to get other people to do it.”

When enough time went by, she decided to take the plunge and attach herself to the movie. “This movie simply needs to be made,” she remembered thinking, despite others doubting whether she should. “Are you sure?” Kunis said she would be asked.

The doubt was misplaced as “Bad Moms” went on to gross $113 million domestically and more than $180 million worldwide, eventually spawning a sequel. Its success, however, was not a surprise to Kunis, who said, “It’s a good movie and it’s funny.”

She offered advice on how to better advocate for and empower oneself. Early in her career, she shied away from negotiating things like her salary, something she had previously left to her representatives.

It was her husband, Ashton Kutcher, who forced her to reconsider her position and urged her to do more. “I educated myself, asked questions,” she said. “The more involved, the more time you take for yourself, the more empowerment you give yourself at the end of the day.”

Mila Kunis says her husband @aplusk empowered her to negotiate for herself https://t.co/WqAIWJm3tB #PathToParity pic.twitter.com/CIwit9dk1b

She started by listening in on negotiations and writing down unfamiliar terms. She’d later look up their definitions and ask questions to her lawyer, Patti Felker, who was among the panelists featured on Wednesday at Path to Parity.

Kunis also praised the benefits of working with female directors, recalling the first time she worked with a female director was on “The Spy Who Dumped Me,” an upcoming comedy featuring Kunis and Kate McKinnon. The film, bowing on Aug. 3, is directed by Susanna Fogel.

“There’s a noticeable difference,” she said. “No one is yelling at each other. … Nobody got mad … no screaming matches. At 7 o’clock, bye, go home. I got to see my kids for dinner. It was lovely.”

Mila Kunis worked with a female director for the first time on #TheSpyWhoDumpedMe: 'There's a noticeable difference [on set]. No one's yelling at each other' https://t.co/WqAIWJm3tB #PathToParity pic.twitter.com/iWtUMoWWnQ