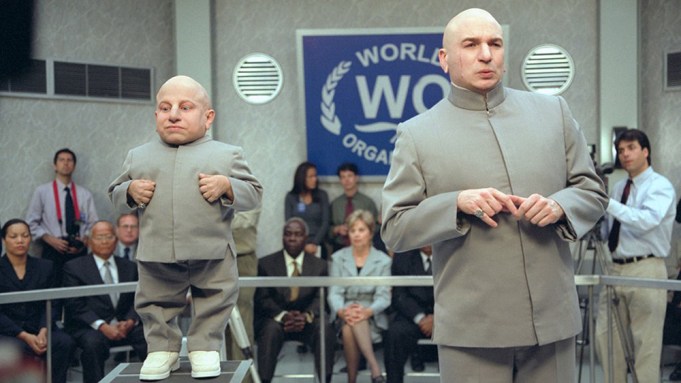 With tears in his eyes, Myers told Kimmel that working with Troyer was “the most amazing thing. Verne was a fantastic human being.”

“Every day you see him, you go, ‘Wow that is a small human,'” he said. “But by the end of the day, you just saw Verne. It just sort of went away. He was part of the cast and fantastic. I miss him.”

Myers said he worked with Troyer for a long time, adding that he was “a great comedian.”

Myers and Troyer shared the screen in all three “Austin Powers” films, with Troyer starring as the iconic Mini-Me. They also appeared together in the 2008 comedy “The Love Guru.”

“As written, Mini-Me is almost a prop. But he brought it up off the page, better than written,” Myers said. “We just ended up giving him more and more stuff to do.”

Myers recalled that Troyer was loved by so many that wherever “The Gong Show” host traveled, fans referenced the Mini-Me character.

Myers also mentioned that Troyer would travel to different countries for charity work. The Facebook post that announced his death asked for donations to his favorite charities in Troyer’s name in lieu of sending flowers.