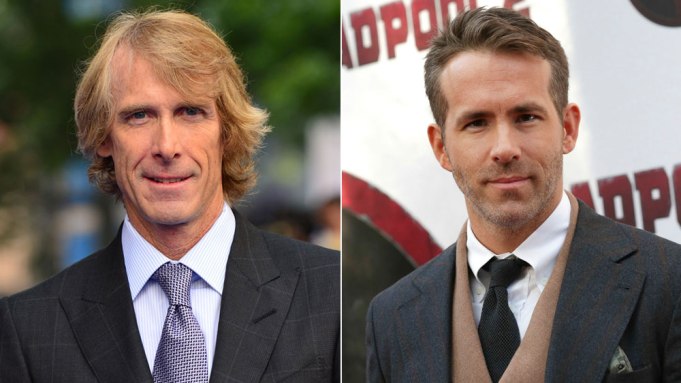 Michael Bay and Ryan Reynolds are the latest A-listers headed to Netflix.

Netflix will co-finance and distribute Bay’s next film, “Six Underground” starring Reynolds, marking the first time the director and actor will be working with the streaming service.

Skydance developed the movie and brought on Bay and Reynolds before going to Netflix to partner on the project, where it will serve as a co-financier and producer.

Bay’s home studio, Paramount, was considered at one point, given their long-standing relationship. Netflix won out after it committed to Bay’s budget of around $125 million, making it the studio’s biggest production to date, passing “The Irishman,” which sources say had a budget of around $106 million.

The deal is another milestone for Netflix and film chief Scott Stuber as the studio continues to draw major talent. Netflix has been drawing more actors like Will Smith and Brad Pitt, but Bay is one of the first big-name directors to bring a tentpole to the studio.

For the Reynolds, the movie marks another possible franchise to add to his resume, with “Deadpool 2” off to a powerful start at the box office. The other element that made “Six Underground” appealing to Reynolds, besides working with Bay for the first time, is that a Netflix film does not include the world press commitments that a major studio movie like “Deadpool” requires, and will give him the chance to immediately jump back into developing the next “Deadpool” and “X-Force” pic for Fox.

The film will also reunite him with “Deadpool” and “Deadpool 2” scribes Paul Wernick and Rhett Reese, who wrote the spec.

The actioner is based on an original idea from Wernick and Reese, who will also executive produce. Skydance’s David Ellison, Dana Goldberg, and Don Granger will produce “Six Underground” along with Bay.