Melissa McCarthy and Lupita Nyong’o on the Progress for Women in Hollywood: ‘Let’s Not Oversell It Just Yet’ 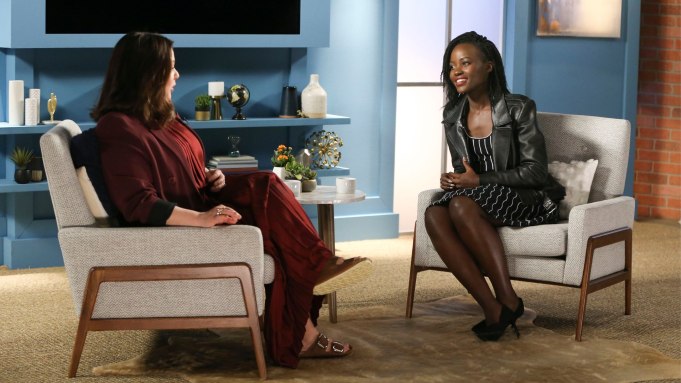 Melissa McCarthy is excited about the change she’s witnessed in Hollywood thus far in regards to female representation, but she also wants to make sure that it’s not oversold.

“You know, I’ll take a centimeter forward every so often. I feel like there’s forward motion,” says the star of “Can You Ever Forgive Me?” during her Variety Actors on Actors interview with Lupita Nyong’o. “[But] when people are like ‘What a difference!’ I’m like, ‘Let’s not oversell it.'”

Unfortunately, McCarthy says Hollywood is still steeped in celebrating the same type of “perfect” women, which creates unrealistic expectations for women outside of the norm – precisely the reason McCarthy says she enjoys playing the exaggerated characters she has become so well-known for.

“I think we started going down a very slippery slope of every woman presented it seemed like for so long was so perfect and so quaffed and done, “she says. “But when every character is kind of dependent on their level of pleasantry and attractiveness, I think we’re setting a bar that people think ‘this is real.'”

Although she loves seeing beautiful women in “two pounds of makeup” on screen, McCarthy says it’s also important to see complicated, challenging characters that don’t look like the same type of woman.

Nyong’o agrees, while she appreciates the “robust conversation” occurring throughout Hollywood, she’s still wary of her internal biases about women in film. The “Black Panther” actress describes a recent film set where she was shocked to discover a female boom operator. “You realize how preprogrammed you are in those moments,” she says. “I never even considered that I’d never seen it and that it should be such a moment.”

Nyong’o also highlighted the importance of men in the women’s movement. Women have to keep the action going, she says, but it can’t just be women.

“It’s about the awareness and that it takes everybody to be aware that this is not just a battle for women,” She says. “It’s one for men as well, and… they have a very very pivotal role to play to change those demographics.”