Melissa McCarthy: Characters Don’t Have to Be Likable to Be Interesting 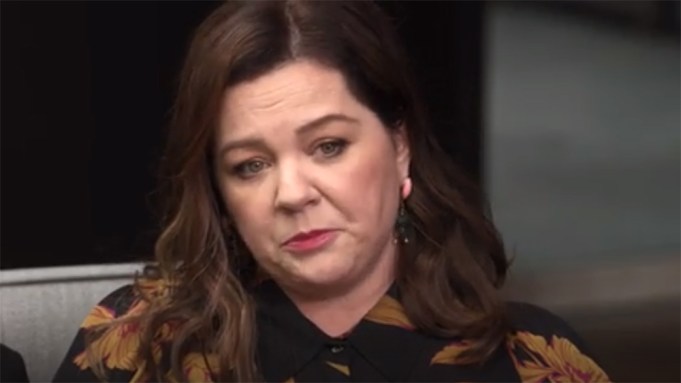 In her new film “Can You Ever Forgive Me?,” Melissa McCarthy trades in broad comedy for a more serious, subdued turn as Lee Israel. Her role, based on the real author who forged letters by famous writers to make ends meet, is a frowning and homely figure who will probably strike many viewers as unlikable. But McCarthy, speaking at Variety Studio presented by AT&T at the Toronto Film Festival, revels in her character’s imperfections.

“I love everything that she represents. People’s flaws and bruises and quirks are what makes you love someone,” McCarthy said. “The perfect person, the perfect job, perfect life, perfect clothes, perfect hair — I don’t know any of these people. I would assume if I met one I would be pretty bored with them.”

She said that too often, female characters get cleaned up to the point where they are stripped of all their “humanity” and interesting qualities. Israel’s right-hand man in the film, Richard E. Grant’s Jack Hock, is just as flawed. A hard drinker like Israel, Hock recently got out of prison for armed robbery and first helps Israel forge letters, and then steal and sell actual letters from library archives. But more than a story about crime or deception, McCarthy says the film highlights the ways characters connect.

“It’s nice to see real people being portrayed, which in the story is four very separate, lonely people that cross in and out of each other’s lives and it’s so much more interesting to watch real people,” McCarthy said.

McCarthy also touched on a famous role of hers: former White House Press Secretary Sean Spicer. She revealed that she has no interest returning to her parody of the controversial ex-Trump administration official.

“I am very done, in so many ways, with Sean Spicer. I think we all are,” McCarthy said. Her appearance as Spicer garnered her rave reviews and an Emmy win, but the funny woman is now turning her attention to more nuanced roles.