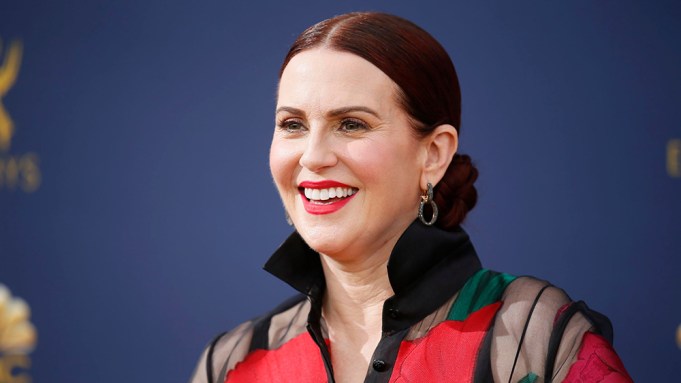 “Will & Grace” actress Megan Mullally has been selected as the host the 25th edition of the SAG Awards on Jan. 27 at the Shrine Auditorium in Los Angeles.

Kristen Bell performed the emcee duties this year as the first-ever host of the ceremonies.

Mullally won two Primetime Emmy Awards for supporting actress in a comedy series in 2000 and 2006, along with four SAG Awards for her role as Karen Walker in “Will & Grace.”

“We are delighted to have the talented, warm and funny Megan Mullally to host the SAG Awards Silver Anniversary,” said executive producer Kathy Connell. “This is a very special year, and we are all looking forward to a memorable show.”

Mullally said, “As a frustrated casting director and full-on fangirl of great actors everywhere, I’m over the moon to be a part of the SAG Awards 25th Anniversary.”

“Will & Grace” returned after an 11-year hiatus for a 12-episode revival with the original cast and creative team in 2017, and has already been renewed for two more 18-episode seasons. Her other credits include “Parks and Recreation,” the voice of Aunt Gayle on Fox’s animated “Bob’s Burgers,” opposite Bryan Cranston in “Why Him?,” and alongside her husband, Nick Offerman, in the comedy “Infinity Baby.” Mullally and Offerman also co-wrote the New York Times bestseller “The Greatest Love Story Ever Told.”

The SAG Awards, which has a two-hour run time, will air live on TBS and TNT.