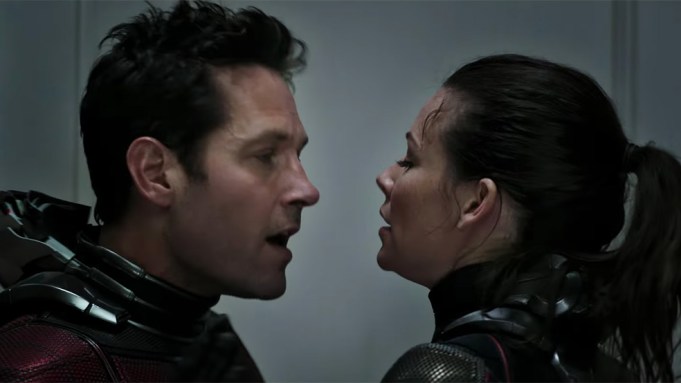 The new footage released Tuesday shows what Paul Rudd’s Ant-Man and Evangeline Lilly’s the Wasp have been up to since 2015’s Ant-Man.”

“I do some dumb things,” Rudd’s Scott Lang says in the trailer. “The people I love the most, they pay the price.”

The new footage continues the first trailer’s theme of spotlighting feminine forces, with more clips of Lilly’s Wasp flying past her opponents. On a mission to rescue her mother, she teams up with Ant-Man to exterminate their newfound foes.

The film comes on the heels of Marvel’s most recent success, “Avengers: Infinity War,” which landed the biggest opening weekend of all time. The action adventure earned $258.2 million in North America, along with $382.7 million overseas for a global tally of $640.9 million.

“Ant-Man and the Wasp” hits theaters July 6. Watch the trailer above.