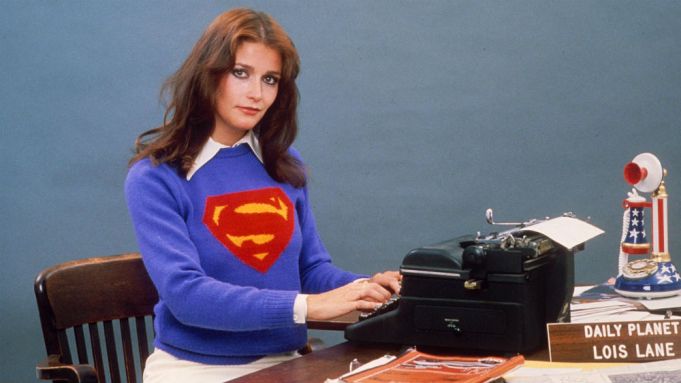 Margot Kidder, the actress best known for playing Lois Lane opposite Christopher Reeve in the “Superman” films, has died. She was 69.

The actress died in her sleep at her home on Sunday in Livingston, Mont., her publicist Camilla Fluxman Pines confirmed to Variety.

Born Oct. 17, 1948, in Canada, Kidder got her start in low-budget Canadian films and TV shows before landing a role in 1970’s “Quackser Fortune Has a Cousin in the Bronx” opposite Gene Wilder. She later appeared in 1973’s “Sisters,” “The Great Waldo Pepper” with Robert Redford, and 1979’s “The Amityville Horror.”

She rose to prominence as Lois Lane, the award-winning Daily Planet journalist and Clark Kent’s love interest in all four “Superman” films from 1978 to 1987.

Kidder, who was diagnosed with bipolar disorder, suffered some career setbacks after a public nervous breakdown in 1996. She continued acting in smaller roles on TV series including “Smallville,” “Brothers & Sisters,” and “The L Word” in the 2000s. Kidder also acted on stage, including Broadway’s 2002 production of “The Vagina Monologues.”

Kidder became a U.S. citizen in 2005 and lived in Montana until her death. With her citizenship, Kidder was an activist and challenged the Iraq War. She was arrested at the White House in 2011 during a protest against the construction of an oil pipeline from Alberta to Texas.

She won a Daytime Emmy Award in 2015 for her role on the children’s TV show “R.L. Stine’s The Haunting Hour.”

Kidder was married and divorced three times. She only had a child with her first husband, novelist Thomas McGuane. Her daughter, Maggie, was born in 1976. Kidder wed actor John Heard in 1979 for six days. She later was married to French director Philippe de Broca from 1983 to 1984. Kidder has two grandchildren.

DC Comics’ Twitter account paid tribute, writing, “Thank you for being the Lois Lane so many of us grew up with. RIP, Margot Kidder.”

Thank you for being the Lois Lane so many of us grew up with. RIP, Margot Kidder. pic.twitter.com/IhY73TB52P

Mark Hamill wrote, “On-screen she was magic. Off-screen she was one of the kindest, sweetest, most caring woman I’ve ever known. I’ll miss you Margo Kidder. Your legacy will live on forever.”

On-screen she was magic.
Off-screen she was one of the kindest, sweetest, most caring woman I've ever known.
I'll miss you #MargoKidder.
Your legacy will live on forever. pic.twitter.com/UBlbszEIhb