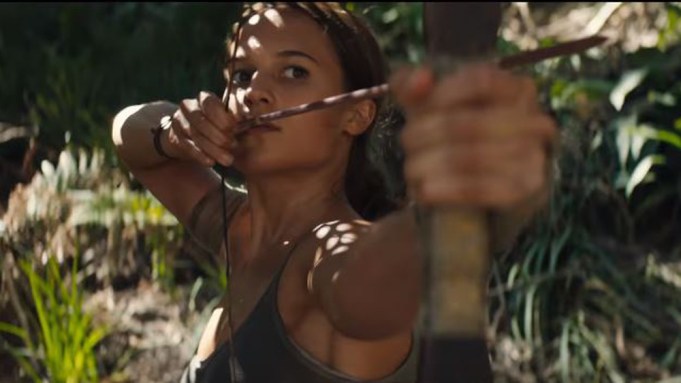 A new “Tomb Raider” trailer released Thursday offers a further look at Alicia Vikander’s Lara Croft and her dangerous adventure for answers about her father’s death.

Upon arrival at a mysterious island — his last-known location — she encounters a man, played by Walton Goggins, who says he was taken there by Croft’s father seven years ago. “Now I see the likeness, the intelligence, the recklessness,” he says in the trailer.

Croft also learns of Trinity, a dark organization that’s “looking to start a global genocide,” which her father tells her in a recording she must stop. A rendition of Destiny’s Child’s “Survivor” plays in the clip as Croft defies death to become the Tomb Raider.

Vikander, who won an Oscar for her work in 2015’s “The Danish Girl,” has previously taken on action films with performances in “Ex Machina,” “The Man from U.N.C.L.E.,” and “Jason Bourne.”

The film hits theaters on March 16 .