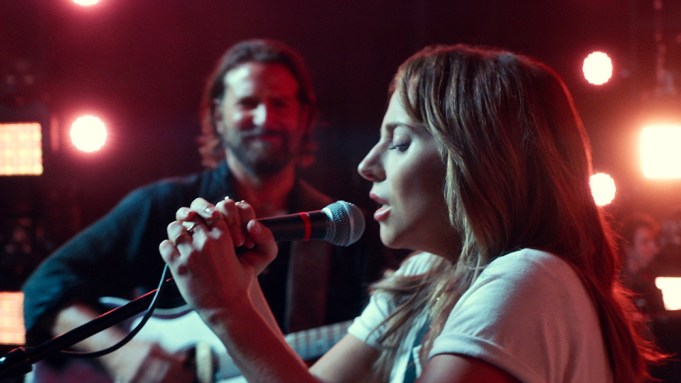 We’re far from the shallow now.

You know that song that’s been stuck in your head; the one that Lady Gaga belts out when Bradley Cooper brings her up on stage in the trailer for the upcoming musical drama “A Star Is Born?” It’s called “Shallow” and it just dropped.

Gaga premiered the earworm on Apple Music’s Beats 1 radio on Thursday, in addition to releasing a much-anticipated video.

Most of the music on the soundtrack is original, written in part by Cooper and Gaga, who duet in “Shallow.” Cooper, who also directed the film, famously insisted that the music in the drama be recorded live. Gaga wrote “Shallow” with Mark Ronson, Andrew Wyatt, and Anthony Rossomando, and co-produced it with Benjamin Rice. It’s already drawing Oscar buzz.

Warner Bros. previewed the full track listing for the soundtrack in late August leading up to the movie’s grand Venice Film Festival debut.

“A Star Is Born’s” soundtrack will be released on Oct. 5 — the day the film hits theaters.