Lady Gaga Would ‘Absolutely’ Do Broadway 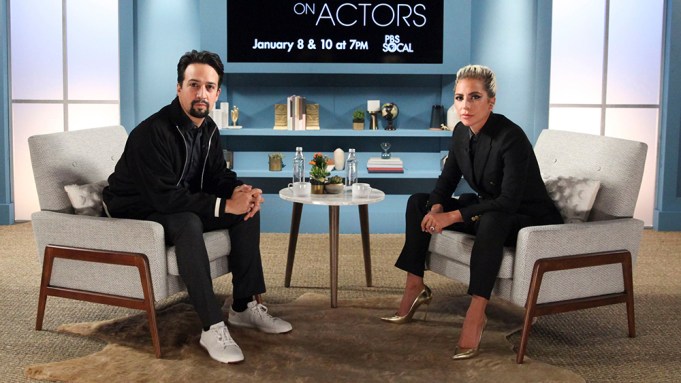 Lady Gaga’s vocal chops make her career in the music biz seem expected, but a secret audition during her college days almost launched a career on the Great White Way instead.

During her Variety’s Actors on Actors interview with Lin-Manuel Miranda, the pop icon reflected on her time at New York University’s Tisch School of the Arts. Gaga said the school didn’t allow her to audition for musicals while enrolled in classes. However, her passion for theater inspired her to try anyways, and she was almost cast as Maureen Johnson in a touring production of “Rent.”

She didn’t get the part (they said she was too young), but Gaga said her love of musicals went on to inspire musical aspirations. And when Miranda asked her if she’d ever consider doing eight shows a week on Broadway, Gaga was quick to say yes.

“I’ve always been a theater lover,” she said. “I would absolutely do Broadway.”

Gaga also shared her love of “Phantom of the Opera,” which she said she’s seen multiple times, as well as her obsession with “Fosse,” David Bowie, and Stephen Sondheim. Gaga even wrote her own musical about the Circle and the Square Theater Acting School, as well as several other stage productions. As for details? Her lips are zipped, for now, but she promised to give Miranda the scoop after cameras stopped rolling.

When it came to her own music, Gaga said her theater roots weren’t always welcomed in the recording studio. As a newcomer in the industry, she said executives were quick to call her sound “too theater.” Her response? “What’s wrong with that?”

“I thought theatrics in music was beautiful,” she said. “I always wanted them to be a part of what I was making.”