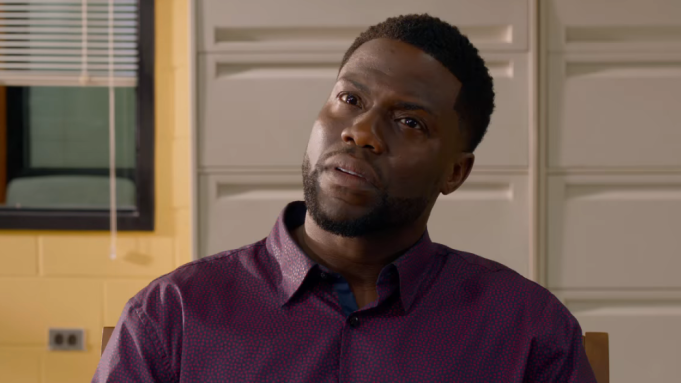 Kevin Hart is meeting his match — and then some — with Tiffany Haddish in the first trailer for Universal’s comedy “Night School.”

Hart’s character is forced to enroll in high school to get his GED after he causes an explosion at his business. Haddish is his no-nonsense night school teacher, who explains that she’s taken the gig so she can “make a little cash so that I can afford this warrant I got.”

Hart struggles with the material and Haddish, after attempting to help him, tells him flatly, “You are clinically dumb.”

The trailer also features Taran Killam as a principal with a tendency to “talk black” and then deny that he’s done so, and Ben Schwartz, an investment adviser and Hart’s friend, who wants to give his friend a job but can’t until he passes his GED. Mary Lynn Rajskub, Rob Riggle and Yvonne Orji also star.

“Night School” is directed by Malcolm D. Lee, who directed Haddish in her breakout role in  “Girls Trip.” Hart will produce via his Hartbeat Productions banner and Will Packer will produce for his Will Packer Productions. The screenplay was written by Hart, Harry Ratchford, Joey Wells, and Matt Kellard, with additional script work by Nick Stoller.

Universal has a Sept. 28 launch date for “Night School.” Watch the trailer above.