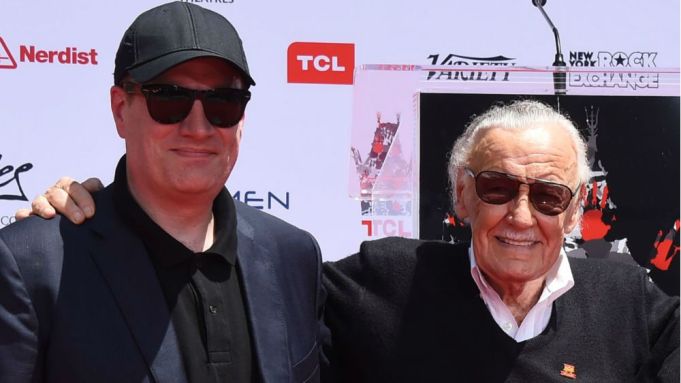 Marvel Studios president Kevin Feige represents something of a super-fan in a global community of followers devoted to Stan Lee — the comicbook creator who died Monday at 95 following complications from a medical emergency.

Feige spoke with Variety shortly after the news sent Twitter and an army of movie stars into tribute mode, where many reflected on the significant heroes that Lee brought to shelves, movie theaters, and streaming screens (including Spider-Man, Black Panther, and the X-Men).

“The amazing thing to be thankful for is that Stan got to see it all happen,” Feige said of the massive success his Disney-owned unit has seen since the Marvel Cinematic Universe was reborn in 2008 with Robert Downey Jr.’s “Iron Man.” Three separate phases of Marvel films, which encompass the record-smashing “Avengers” series, have reportedly grossed close to $7 billion.

“Stan dominated pop culture. He saw it and was aware and he loved it. I’ve been saying for years that the characters he created will outlive all of us making the movies, and enter the pantheon of myth which he read and was inspired by as a kid,” said Feige.

The strategy at Marvel Studios has been relentlessly praised, and impossible to match for other Hollywood companies. Lee’s contribution to that model, Feige said, was insisting the characters be rooted in their larger social and emotional contexts.

“Stan was always very gracious with all of us at Marvel Studios and very encouraging. Despite his persona on stage, Stan was very humble. He was not the type to come in and tell us how to be, but he encouraged us to follow his lead. Take ‘Black Panther’ — people would talk about the importance of the movie and what a brave thing it was for Walt Disney Studios to spend this kind of money on an almost entirely African-American cast — which is entirely true. But look at what Stan Lee and Jack Kirby did in the 1960s, creating that character in the center of the Civil Rights movement,” said Feige.

“At many turns, as we work on the movies and aim to do justice, part of that is in taking those kinds of risks. And recognizing the important thematics that Stan did,” he concluded.

A key to Lee’s enduring cultural relevance were the brief and gratifying cameos he would make in the Marvel titles. Variety reminded Feige of 2017 reports that Lee had recorded several such cameos back-to-back, to be peppered into several future films.

“I’m not going to tell you what specifically,” Feige said, “but Stan always appreciated a good surprise.”