Continue to Variety SKIP AD
You will be redirected back to your article in seconds
Sep 28, 2018 12:35pm PT 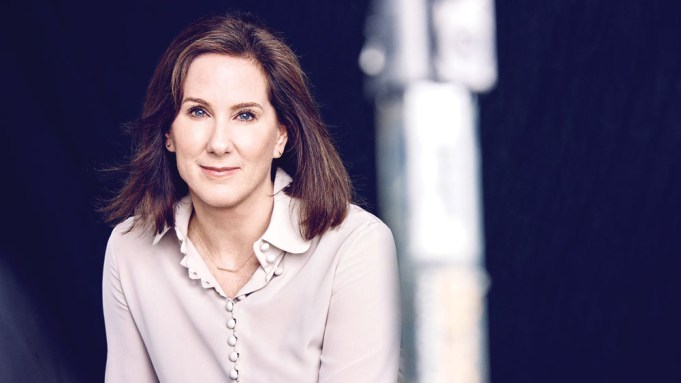 The force is strong with Lucasfilm president Kathleen Kennedy — for another three years, to be precise.

The veteran producer and chief of the Disney content giant behind “Star Wars” has renewed her deal through 2021, an individual familiar with the negotiations told Variety, following a tumultuous year for the label under her control.

The studio had no immediate comment on the new deal.

The re-up comes as the division gets back on solid footing following “Solo: A Star Wars Story,” the Alden Ehrenreich Han Solo spinoff that suffered disappointing box office returns and behind-the-scenes drama after the studio dismissed directors Phil Lord and Chris Miller well into production. They were replaced by Ron Howard, who was tasked with bringing home the pricey standalone (which cost at least $250 million).

Following the spectacle, Kennedy endured the rare scenario of both the industry and worldwide moviegoers speculating over her fate. Hot takes flowed.

Kennedy gave up a seat at the long-successful production company she founded with husband Frank Marshall to succeed George Lucas in 2012. Later that year, Disney acquired the company for $4 billion, where Lucas remains a co-chair and CEO.

Kennedy’s stamp has been on every project post-Disney, including the behemoth “Star Wars: The Force Awakens,” Gareth Edwards’ “Rogue One,” and Rian Johnson’s “Star Wars: The Last Jedi.”

A spinoff development slate, which included a possible standalone for “Star Wars” character Boba Fett, has been flushed.  Her attention will now be directed to a new core trilogy beginning with “Star Wars: Episode IX” directed by J.J. Abrams.

Kennedy counts eight Academy Award nominations for Best Picture as a producer, including films like “The Curious Case of Benjamin Button.”

News of her deal was first reported by THR.