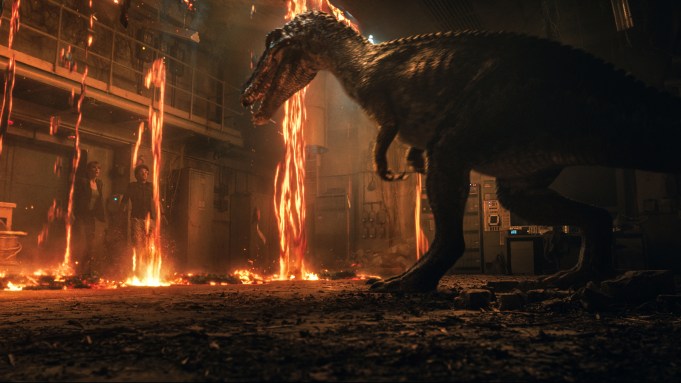 Universal Pictures and Amblin Entertainment’s “Jurassic World: Fallen Kingdom” has opened with $20.2 million in its first international markets — two weeks ahead of its North American launch on June 22.

Universal reported Thursday that South Korea opened to a record-breaking $9.7 million and more than 1 million admissions, becoming the biggest opening day of all-time in both admissions and box office in the country. The admissions mark beat the record held by “Avengers: Infinity War” at 980,000.

The U.K. and Ireland, which are holding previews Wednesday and Thursday, generated Wednesday results of $2.9 million — Universal’s second-biggest Wednesday preview in that market.

“Fallen Kingdom” generated $1.7 million in France and scored a 60% market share. Indonesia opened with $1 million, which is the second-biggest Wednesday opening for Universal ever in the country behind “The Fate of the Furious.”

The film opens in a total of 48 markets through Sunday, including Italy, Russia, and Hong Kong on Thursday.