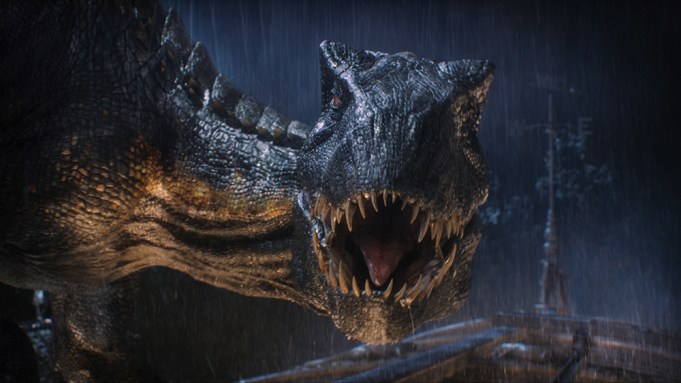 The Universal-Amblin Entertainment sequel is expected to debut between $130 million to $140 million when it opens on Friday at 4,475 domestic sites.

The fifth film in the “Jurassic” franchise, which carries a production budget of $170 million, began its overseas rollout two weeks ago and has already pocketed $450 million from 51 international markets, led by $170 million in China. Reviews have been mixed for “Fallen Kingdom,” which currently holds a 53% score on Rotten Tomatoes.

“Jurassic World” launched with $18.5 million — the 34th-largest preview gross of all time — in Thursday night screenings three years ago. Only 48 films have topped the $10 million-mark in Thursday previews, led by 2015’s “Star Wars: The Force Awakens” with $57 million.

“Jurassic World” bowed in 2015 with a staggering $208.8 million domestic opening weekend and became the first movie to generate over $500 million worldwide in a single frame. It went on to earn $1.7 billion worldwide, including $652 million in North America. It is still the sixth-highest grossing film ever at the domestic box office.

“Jurassic World: Fallen Kingdom’s” earning potential may be held down by the sophomore weekend of Disney-Pixar’s “Incredibles 2,” which is pegged to earn another $75 million to $90 million in North America. The animated comedy sequel overperformed last weekend with $183 million, the eighth-best domestic debut of all time. In its first six days, “Incredibles 2” had grossed $253 million in North America.

Paul Dergarabedian, senior media analyst with comScore, noted that the overall 2018 domestic box office is up by 5.9%, to $5.63 billion, as of June 20.

“Another solid June weekend is on tap with the top two films poised to earn a combined $200 million-plus as ‘Jurassic World: Fallen Kingdom,’ the much-anticipated follow-up to 2015’s mega-hit reboot ‘Jurassic World,’ is set for a T-Rex-sized debut while ‘Incredibles 2,’ after a record-breaking opening weekend, will use its superpowers to ensure an impressive sophomore session as the year-to-date advantage over last year continues to grow and the summer season of 2018 continues to add revenue to the bottom line,” he said.