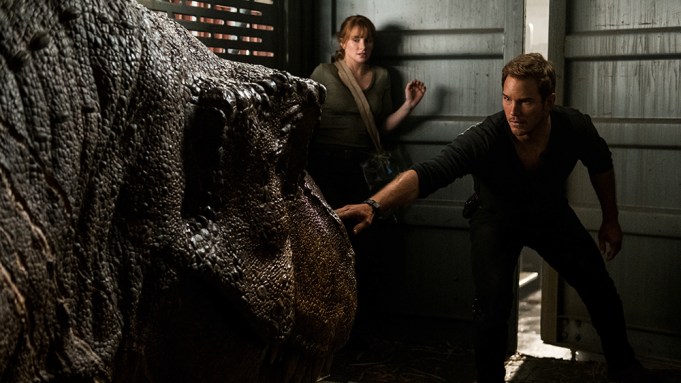 The fifth film in the “Jurassic” franchise hit $1 billion at the global box office, making it the 35th movie to reach that milestone. “Fallen Kingdom” joins its predecessor, 2015’s “Jurassic World,” which ended its theatrical run with $1.7 billion. In North America, “Fallen Kingdom” has pocketed $304.8 million and $700.7 million from international territories. Universal, the studio behind the film, now has released seven billion-dollar grossing movies.

Set four years after the events of “Jurassic World,” “Fallen Kingdom” follows Chris Pratt and Bryce Dallas Howard’s characters as they attempt to salvage the remaining dinosaurs on Isla Nublar before a volcanic eruption threatens to destroy it. B.D. Wong and Jeff Goldblum reprised their roles from the original film series, while Rafe Spall, Justice Smith, Daniella Pineda, and James Cromwell joined the cast. J.A. Bayona directed from a script by “Jurassic World” helmer Colin Trevorrow and Derek Connolly. In addition to co-writing, Trevorrow also executive produced alongside Steven Spielberg.

Prior to “Fallen Kingdom,” “Jurassic World” marked the first “Jurassic” title in over a decade. The blockbuster launched domestically with a staggering $208.8 million and went on earn $1.7 billion worldwide. It is still the fifth-highest grossing film ever at the North American box office.

Universal now has the seventh and eighth-biggest franchises of all-time, with “Fast & Furious” and “Jurassic World,” which have grossed $5.1 billion and $4.7 billion, respectively.