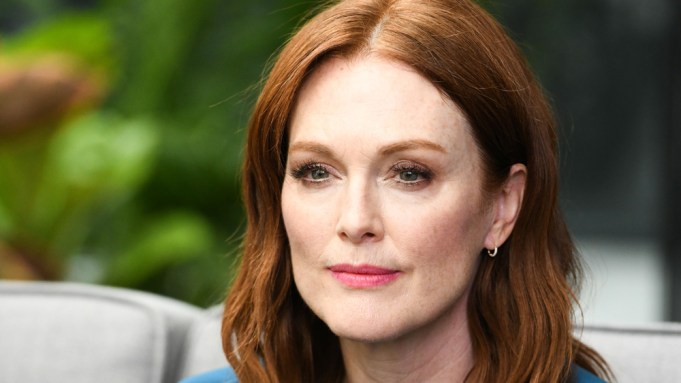 Julianne Moore’s working relationship with Burt Reynolds dates back to the 1980s.

Although most fans associate the two with Paul Thomas Anderson’s 1997 drama “Boogie Nights,” they actually first worked together on the detective drama “B.L. Stryker.”

“I loved Burt. I loved him,” Moore said while promoting “Gloria Bell” at the Variety Studio presented by AT&T at the Toronto Film Festival. “Not only did I work with him in ‘Boogie Nights,’ but he had a TV show in the ‘80s called ‘B.L. Stryker.’ I got a job on it and it was shot in Jupiter, Fla., and I came down and shot for two weeks. He was so gracious and so lovely.”

And Reynolds never forgot Moore. “All those years later when we worked on ‘Boogie Nights,’ I went and knocked on his door and was like, ‘Hey, Burt, do you remember me?’ And he was like, ‘Yes, come in,’” Moore recalled. “He was always so wonderful, a true movie star. I was very saddened by his death.”

Reynolds and Moore both earned Oscar nominations for their work in “Boogie Nights.”

Reynolds died on Thursday at age 82. The “Smokey and the Bandit” star was planning on shooting a role in Quentin Tarantino’s “Once Upon a Time in Hollywood.”

His niece Nancy Lee Hess said in a statement at the time of his death, “He has had health issues, however, this was totally unexpected. He was tough. Anyone who breaks their tail bone on a river and finishes the movie is tough. And that’s who he was. My uncle was looking forward to working with Quentin Tarantino, and the amazing cast that was assembled.”