Judd Apatow on Stormy Daniels, Kim Jong-un and Trump: ‘We Have a Crazy Person Running the Country’ 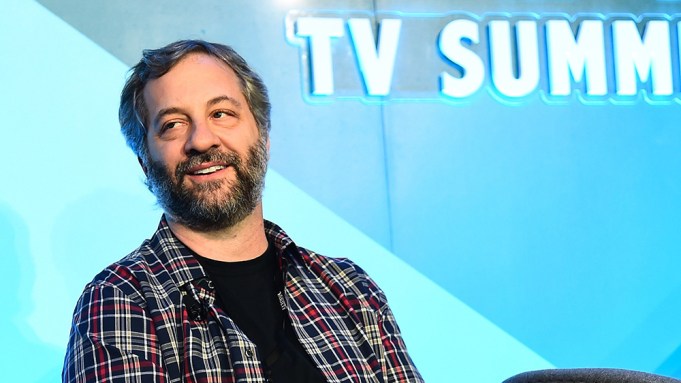 Judd Apatow has never shied away from how he feels about politics. The prolific producer says he reads the news every day and can’t help but infuse his standup comedy, as well as his social media presence, with his thoughts and feelings on what he is reading. But he also has more personal connection to some of the news headlines of late.

“I worked with Stormy [Daniels] three times,” he said during Variety‘s Tune In! TV Summit Wednesday.

Apatow called Daniels “very smart” and noted that he would call her to be a part of projects such as “The 40-Year-Old Virgin” and “Knocked Up” when he needed “somebody else to do something uncomfortable.”

“She was very cool to be around and very professional, so it’s weird to see her in this situation,” he said.

While he has told the story before, most notably when appearing on Conan O’Brien’s TBS talk show back in March, he pointed out a newer revelation he had.

.@JuddApatow says it's important to speak up for what you believe in, particularly in the Trump era: "We're living in the first 'RoboCop'" https://t.co/feovWxvY47 pic.twitter.com/wQ0p2nStII

“Donald Trump had an affair with Stormy Daniels and with the Playboy [model] Karen McDougal in the same weekend, and Melania didn’t leave him,” he said. “My wife and I watched two episodes of ‘The Crown’ together and she went to the supermarket and I watched episode three without her and we’re in a legal separation.”

While he was joking about the separation, of course, Apatow expressed bafflement over where things have been going for Trump. Most recently, Apatow focused on the movie trailer-style video that was revealed at the summit in Singapore. In it, Trump positions himself and Kim Jong-un as two leaders with one destiny and tries to entice the North Korean dictator with Hollywood imagery.

“He literally thinks all Kim Jong-un wants is to hang out with Sylvester Stallone,” Apatow said of the president. “I was so thrown by that. We have a crazy person running the country. It’s like ‘Robocop.’ We’re living in the first ‘Robocop.’ So we have to all speak up, I think.”