Jon M. Chu on Directing ‘Crazy Rich Asians’ Sequel: ‘We Still Have to Close My Deal on It’ 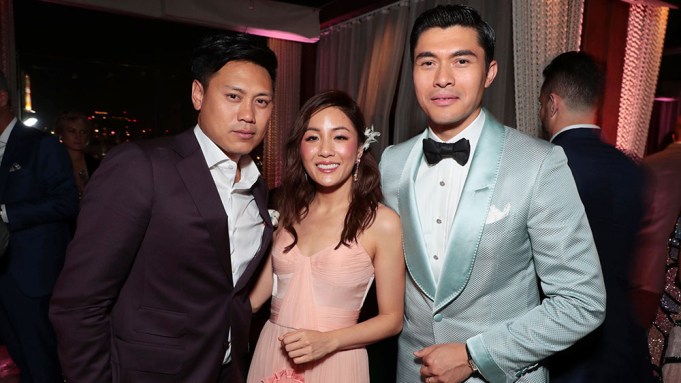 Is Jon M. Chu directing the sequel and the possible third movie in the “Crazy Rich Asians” franchise?

While he is reportedly on board, Chu tells Variety it’s not official yet. “I’m down to do the next two movies. We’ve been talking a lot about it, but we still have to close my deal on it,” Chu said at the Palisades Village opening gala on Thursday.

“Crazy Rich Asians” is based on the first book of a trilogy written by Kevin Kwan.

The groundbreaking film is the first movie in 25 years since “The Joy Luck Club” to feature a nearly all Asian-American cast, including stars Constance Wu, Henry Golding, Gemma Chan, Awkwafina, Ken Jeong, and Michelle Yeoh.

It wasn’t long after the movie opened last month that Warner Bros. began developing a sequel with Chu and the original cast attached. Wu told Variety at our annual pre-Emmys party earlier this month that Chu was signed on. “He’s just tremendous so it’s exciting,” she said.

Film franchise aside, Chu has another big idea for “Crazy Rich Asians” — a Broadway musical adaptation of the novel. “Maybe we combine a Chinese singer with an Asian-American composer to put it together,” he said. “We have a big band — the band is on the stage itself so you can experience it like you’re at a party. We would have the best fashion. Jason Wu comes in and designs everything. You make an experience for the audience. It would be ridiculous.”