Continue to Variety SKIP AD
You will be redirected back to your article in seconds
Jun 5, 2018 3:16pm PT

Jared Leto’s Joker Is Getting His Own Movie (EXCLUSIVE) 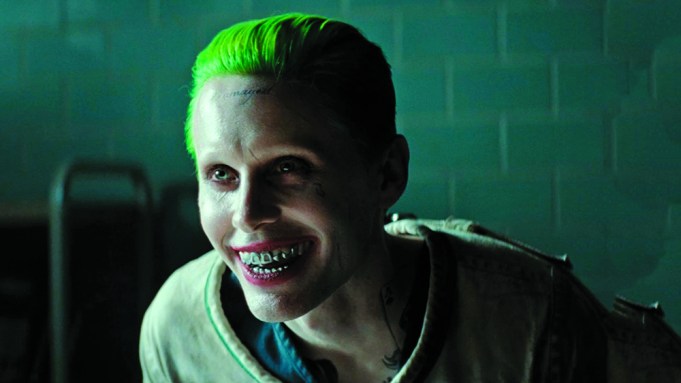 Warner Bros. is looking to expand on Jared Leto’s version of the Joker, which debuted in 2016’s “Suicide Squad,” with a movie of his own.

Sources tell Variety that Leto is set to star and exec produce an untitled standalone film, paving the way for future movies branching from “Suicide Squad.”

Plot details are currently unknown, but the studio’s idea is to expand on the world created by “Suicide Squad” and tie into future installments of that property. Warner Bros. already announced that Margot Robbie’s version of Harley Quinn would be getting her own movie with a “Birds of Prey” feature, and the next goal was setting up a film for Leto’s Joker.

When Warner Bros. announced last fall that it was developing a Joker origin tale from Todd Phillips, the studio emphasized that this did not mean the end for Leto’s Joker. Rather, Phillips’ film would fall under a new origins banner that would be separate from the current cinematic DC universe. This new banner would allow multiple actors and versions based on the same character with no overlap, and WB has already tapped Joaquin Phoenix to star in Phillips’ Joker pic.

Leto’s Joker, as fans noted, was almost a glorified cameo in “Suicide Squad.” The Oscar-winner had made it clear following the film’s release that he hoped to expand on the character in future films in a more substantive, if not starring, role.

Leto was most recently seen in “Blade Runner: 2049” and Netflix’s “The Outsider.” He is repped by CAA and Untitled Entertainment.