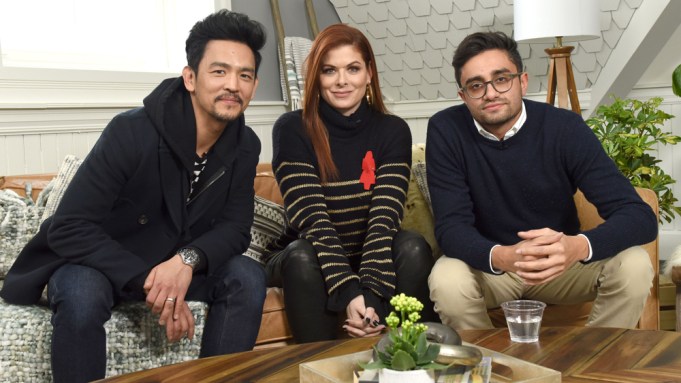 John Cho discussed the significance of showcasing an Asian-American family in his upcoming film “Searching” at the Variety Studio presented by AT&T at the Sundance Film Festival.

Cho said it was “exciting” to play a member of an all Asian-American family in the thriller. “I’m usually paired with someone who is not Asian, which is progressive in its own sense,” he said. “But I thought to have a complete family that was all Asian-American was an interesting thing. It wasn’t what it was about, but it was a part of it, and I like that.”

Sony Pictures Worldwide Acquisitions just acquired global rights to the film for $5 million. “Searching” also stars Debra Messing. It centers on a father who uses his online detective skills to look for his missing 16-year-old daughter. He uses clues left on her laptop to solve the mystery. The camera work for the movie mirrors the point-of-view from smartphones and computer screens. It was co-written and directed by Aneesh Chaganty, and marks his feature film debut.

Cho is also set to star in a the comedy “Serial Dater,” the drama “Connoisseur,” and another installment of “Star Trek,” where he will reprise his iconic role as Sulu.