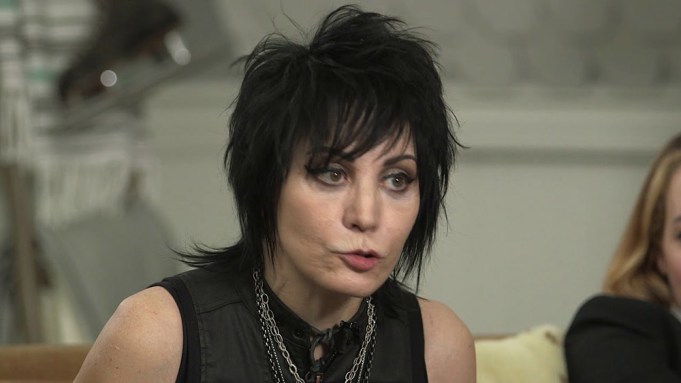 “It could be dead to the radio. It could be dead, to a degree, commercially. It’ll never be dead as long as there are guitars and amps that you can plug in,” Jett said at the Variety Studio presented by AT&T while promoting her new documentary “Bad Reputation. “I’m telling you, you’ll never get the same feeling. It’s not criticism because people have to use the means they can or that they like; music is subjective. But you won’t get the same feeling from a drum machine that you’re going to get from sitting behind the drums. Playing a guitar on the keyboards is not the same thing as feeling the wood vibrate through your body from your pelvic bone.”

Jett, a musician, actress, and producer, first rose to prominence in the ’80s with her version of the song “I Love Rock ‘n’ Roll” and “Bad Reputation,” from which her documentary takes its name. She was portrayed by Kristen Stewart in the film “The Runaways” about Jett’s 1970s rock band, which she also produced.

“[Rock music] could cycle back and it may not, I don’t know,” she continued. “It’s just a matter of kids trying it and they’d love it. I think now a lot of people just want to become rich and famous so whatever the means is, it’s not rock and roll right now. It’s some other kind of deal, some version of pop that people are trying to achieve fame. It’s not necessarily about the music.”

“Bad Reputation” premieres at the Sundance Film Festival on Jan. 22.