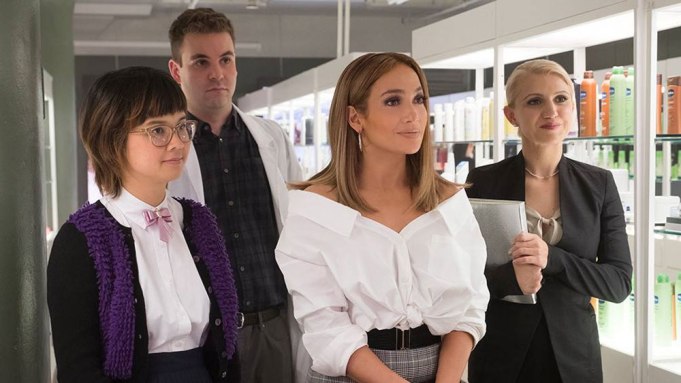 Jennifer Lopez’s career gets a major upgrade in the first trailer for STX’s “Second Act,” thanks to a reinvention by her friends.

Lopez plays a woman named Maya, who gets passed over for a promotion at her dead-end job. “I just wish we lived in a world where street smarts equal book smarts,” Maya tells her good friend, played Leah Remini.

In response, her friends create an impressive social history, including photos with President Barack Obama, and a resume showing fluency in Mandarin along with a business degree from the Wharton School of the University of Pennsylvania. That leads to her getting a new job at a swanky Manhattan office.

“Second Act” is directed by Peter Segal, and also stars Milo Ventimiglia as Maya’s husband, Vanessa Hudgens as her co-worker, and Treat Williams. The movie was developed by STXfilms with Lopez from an idea conceived by Elaine Goldsmith-Thomas, who’s collaborated with Lopez before, and Justin Zackham.

The pic marks a return to the New York setting for Lopez, 16 years after she starred in “Maid in Manhattan.” “Second Act” is written by Zackham (“Lights Out”) and Goldsmith-Thomas. The producers are Goldsmith-Thomas, Lopez, Zackham, and Benny Medina.

Lopez announced the project in June 2017, saying, “There are so many things I love about this project and script. People try to put women to sleep at a certain age. ‘Second Act’ is a story that empowers the every woman to do more, to be more, and not limit their dreams.”