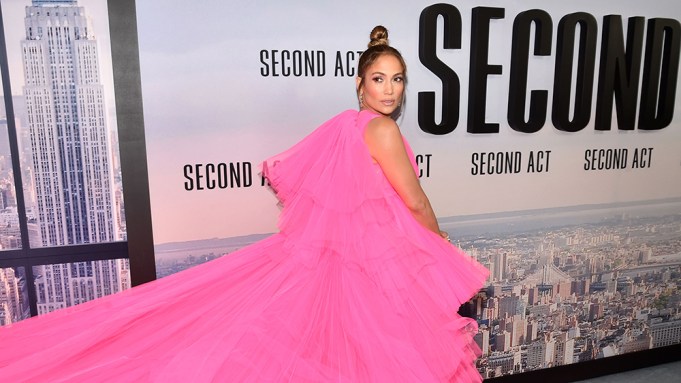 Jennifer Lopez epitomizes the phrase “she’s done it all” — but there’s still more that the superstar would like to do.

Lopez recently directed her first music video, “Limitless,” the track featured on her new rom-com “Second Act,” and it seems the multi-hyphenate has caught the directing bug.

“Absolutely, absolutely,” Lopez responded when asked by Variety if she wants to direct more in television and film.

“It was a lot of fun,” she said about directing the music video in which her daughter appears.

“This is a song that Sia wrote for the movie. It’s the anthem for ‘Second Act.’ I asked her watch the movie and tell me what you think — if you’re inspired, write something, and she wrote ‘Limitless,’ which is: I thought I had to be somebody else, but look at me now, I’m limitless,” Lopez told reporters Wednesday evening at the New York City premiere of “Second Act,” which hits theaters on Dec. 21. “I love that sentiment. That’s exactly what the movie is about. It’s that perfect holiday movie with this perfect song. My daughter is in the video. It’s a dream project for me, so I’m excited for everybody to see it.”

Lopez was also asked about surprise fan screenings that she’s been holding leading up to the release of “Second Act.”

“We’ve been doing these surprise sneak screenings,” Lopez said. “We have to do one in the Bronx or in Queens…we did it last night and it was so much fun. They could not believe it, and they loved that A-Rod was there. Oh my god. They went crazy.”