Jason Derulo, Paris Hilton and Others Try to Save amfAR Cannes Without Harvey Weinstein 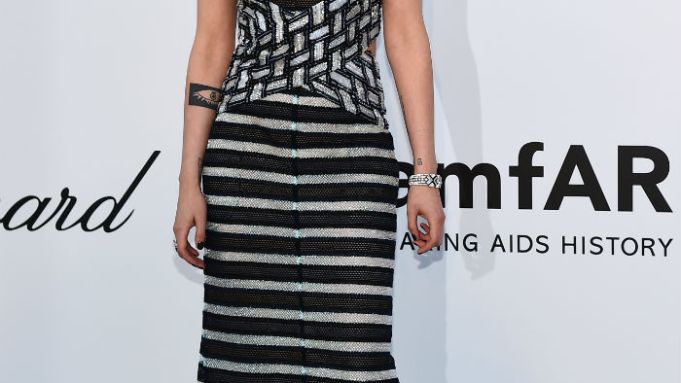 It was after midnight in France when Paris Hilton took the stage of amfAR Cannes in a “Moulin Rouge”-like tent off the Mediterranean Sea. She was here, naturally, to auction off a pair of gold-encrusted iPhones. “I love everyone,” said Hilton, to the crowd that had shelled out as much as $15,000 a head for the VIP dinner at the Hotel du Cap in Antibes. “I’ve been coming to amfAR for 20 years now,” Hilton said. “And it just gets better and better every year.” As she tried to up the stakes by adding a private party at her house (which doubles as a club), she fetched $235,000 for the non-profit devoted to fighting AIDS.

That’s a lot of money, but not the kind of cash that Leonardo DiCaprio, Will Smith and Sharon Stone used to hustle out of wealthy oligarchs in a star-studded gala that topped off Cannes. This year’s party lacked that kind of A-list glow. Even though the event was supposedly co-chaired by 25 women (in honor of its 25th anniversary), none of the big names mentioned on the press release — Katy Perry, Scarlett Johansson, Kate Hudson, Vanessa Redgrave, Donatella Versace and Sienna Miller — bothered to make the trip to the South of France. “There’s no one here,” wailed one prominent guest.

What the event lacked in movie stars, it made up for in musical acts. The dinner kicked off with Ellie Goulding performing two songs. That was followed by Grace Jones, writhing onstage in a yellow headdress and cape that looked like something out of Julius Caesar’s closet. “Let’s not forget Elizabeth Taylor and let’s cure this thing,” she said, of the influential amfAR champion. Sting and Shaggy belted out a series of duets. And Jason Derulo brought the house down at around 1:30 a.m., with a set of his most popular hits.

It’s been a transitional time for amfAR. The organization has been under fire after allegations that its former chairman Kenneth Cole funneled $600,000 in donations to Harvey Weinstein from the 2015 dinner, which caused fighting between members of the organization’s board. Cole has since resigned and pulled out as a sponsor. And Weinstein, who used to be a prominent wrangler of celebrities to amfAR, was fired from his company in the wake of dozens of sexual assault and rape allegations.

Inside the tent, there was no emcee at this year’s dinner. Milla Jovovich and Ava DuVernay opened the night, noting that amfAR had raised $210 million in the last two decades in the fight to end AIDS. Other presenters included Nicole Scherzinger, Chris Tucker, Michelle Rodriguez, Heidi Klum and Pierce Brosnan, who auctioned off an original portrait that he had painted of Bob Dylan for $1.4 million. It was one of the biggest items to sell. A collection of 31 designer dresses, curated by Carine Roitfeld as part of an annual fashion show, went for $1.7 million.

Although amFAR is traditionally the hottest ticket at Cannes, there were empty seats spotted throughout the tent. But the lack of star power at the dinner was also characteristic of this year’s quieter Cannes, which didn’t see as many movie stars on the Croisette.

Here were some of the highlights.

Pierce Brosnan painted this portrait of Bob Dylan, which is being auctioned off at #amfARCannes. pic.twitter.com/wpTQG9Ehbc

And #amFARCannes ends with a performance by Jason Derulo. pic.twitter.com/XkjNh35j4b