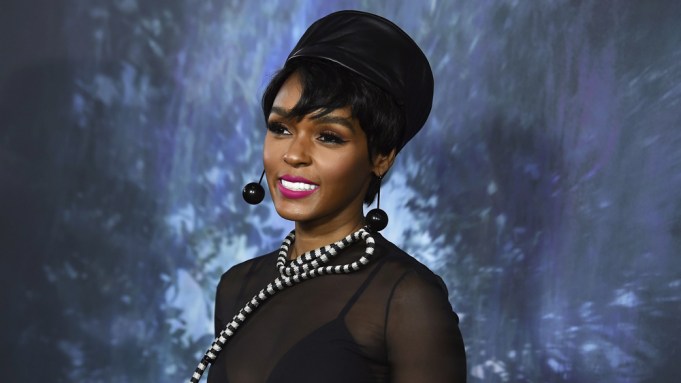 It’s been some five years since Janelle Monae’s last album, “The Electric Lady,” and in that time she’s toured; landed star-making acting appearances in “Hidden Figures” and Oscar Best Picture “Moonlight”;launched a label, Wondaland (home to Jidenna, St. Beauty and others); and gave a rousing #TimesUp-themed speech at the Grammy Awards late last month.

She’s also been hard at work on her next opus, “Dirty Computer,” which will also feature a “narrative film project” that will air in select theaters nationwide before screenings of Marvel’s new hit film “Black Panther.”

Monae never does anything by half, and while the teaser gives little indication about the storyline behind the film — the clip is an odd mix including flashes of love, totalitarianism, club scenes and a wild-looking floating car — it is compelling and ties into the futurist themes that Monae has used during her entire recording career.

No release date was announced for the album, but sources tell Variety that the singer recently gave a series of top-secret listening sessions in New York and Los Angeles.

In her Grammy speech, Monae said: “Tonight, I am proud to stand in solidarity as not just an artist, but a young woman, with my fellow sisters in this room who make up the music industry — artists, writers, assistants, publicists, CEOs, producers, engineers, and women from all sectors of the business,” she said. “We are also daughters, wives, mothers, sisters, and human beings. To those who would dare try and silence us, we offer you two words: #Timesup. We say Time’s Up for pay inequality, discrimination or harassment of any kind, and the abuse of power.”

“We come in peace, but we mean business,” she declared.

“It’s not just going on in Hollywood, or in Washington, it’s right here in our industry as well,” she went on. “And just as we have the just as we have the power to shape culture, we also have the power to undo the culture that does not serve us well. So, let’s work together, women and men, as a united music industry committed to creating more safe work environments, equal pay, and access for all women.”