Jamie Lee Curtis on the Power of ‘Halloween’s’ #MeToo Context: It Relieves ‘A Little Bit of That Trauma’ 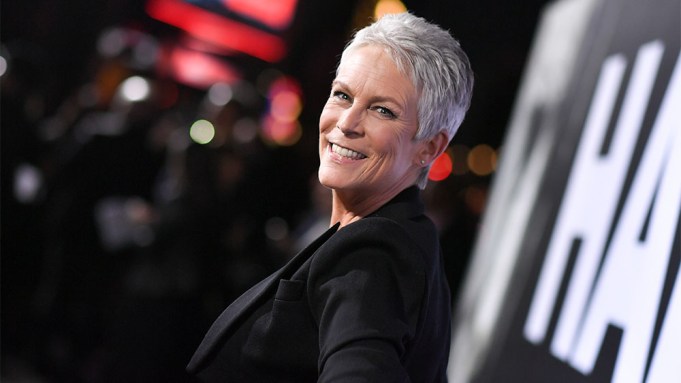 In the months leading up to Friday’s release of “Halloween,” it’s become clear that the film is meant as more than just another installment in the legendary horror franchise. At Wednesday’s L.A. premiere at the TCL Chinese Theater in Hollywood, Jamie Lee Curtis hammered that point home.

“And now all of a sudden, this idea of women — you see, a bunch of those perpetrators are in prison today. And the women who helped put them there are relieved, a little bit, of that trauma. And that’s what our movie is going to bring to people on Friday.”

“Halloween” picks up 40 years after the 1978 events of the original “Halloween,” for a final confrontation between Laurie Strode and Michael Myers. The scarred Strode has spent that time preparing for what she views as his inevitable return, outfitting her cabin in the woods with traps and teaching her only daughter self-defense.

Asked whether she ever thought she’d see the powerful men brought down, Curtis replied, “‘Course not. But it’s happened throughout history. There are always moments of transformative change and the only way something changes is, ‘Unless something changes…’ and that’s how this works.”

“When we were writing, it was kind of the wave before that,” Green said of the #MeToo and Time’s Up movements. “We started production in mid-January. It was very much a part of the conversation of the production process more so than the writing. But once you cast these strong female voices and we’re looking at a reflection of culture in this time period, it’s hard not to acknowledge that.”