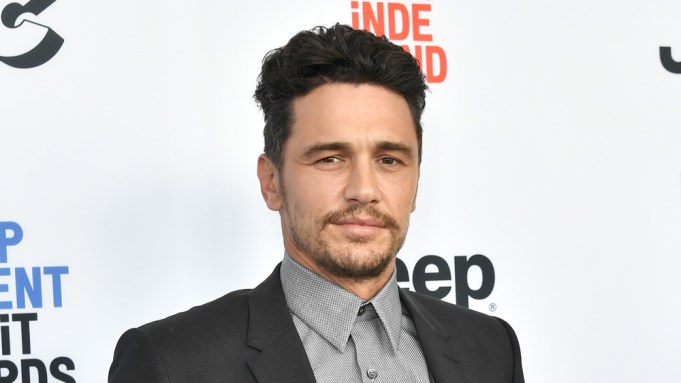 James Franco addressed sexual harassment allegations against him for the second night in a row when Seth Meyers questioned the actor during an interview Wednesday on “Late Night.”

Five women, four of whom were his former acting students, came forward to accuse Franco of sexually inappropriate or exploitative behavior in a report published Thursday by the Los Angeles Times.

Accusations of sexual misconduct against Franco first began to surface on Twitter after the actor wore a Time’s Up pin at the Golden Globes on Sunday in support of those who have spoken out about sexual harassment and to protest gender inequality.

“I did read them, I haven’t responded. I think the ones I read were not accurate, but one of the things that I’ve learned is that this is a conversation that needs to be had,” Franco told Meyers. “There are people and women and others that have not been a part of this conversation, and I truly believe — and [it is] why I was wearing the pin — is that they need to be a part of this conversation. So I support them,” Franco said.

Meyers then asked Franco if the Time’s Up movement has made him question his past behavior.

“I think what I really learned, like I said, there are stories that need to get out, people that need to be heard,” Franco responded. “I have my own side of this story, but I believe in these people that have been underrepresented getting their stories out enough that I will hold back things that I could say just because I believe in it that much. If I have to take a knock because I am not going to try and actively refute things then I will, because I believe in it that much.”

Meyers also pressed Franco about the since-deleted tweet posted by actress Ally Sheedy, who accused Franco of misconduct. Franco said he felt their relationship was positive. When Meyers asked him if he was curious enough to reach out to Sheedy and figure out her side of the story, Franco shook his head and replied, “It was just so shocking, I don’t know. I guess I’m just letting it be.”

The previous night, Franco discussed the allegations on “The Late Show With Stephen Colbert.” Many of Franco’s responses on Meyers’ show mirror what he said to Colbert.

“The things that I heard were on Twitter are not accurate, but I completely support people coming out and being able to have a voice because they didn’t have a voice for so long. So I don’t want to shut them down in any way, and I think it’s a good thing and I support it,” he told Colbert.

Franco was scheduled to appear at a promotional event for “The Disaster Artist” with the New York Times on Wednesday, however the event was cancelled after allegations came to light.