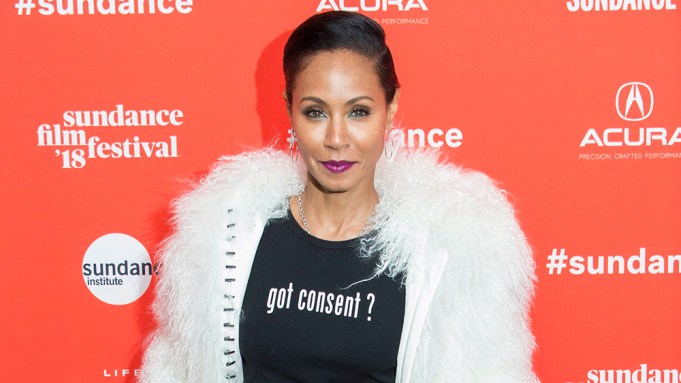 Jada Pinkett Smith walked onto the stage at the Paramount Theatre In Hollywood on Tuesday morning when a young woman in the audience yells, “I love you, Jada.”

The “Girls Trip” star was there to participate in a panel discussion with YouTube’s global head of original content Susanne Daniels. Moderated by Robin Thede, the almost hour-long discussion is the kick-off of the Los Angeles stop of the Will and Jada Smith Family Foundation’s Careers in Entertainment (CIE), an all-day summit that will also include appearances by Jon M. Chu, Jason Blum, Ron Meyer, Liza Koshy, Elizabeth Raposo, and Will and Jada’s son Trey Smith.

The audience is a diverse group of 450 Los Angeles high school students.

“I remember Glynn Turman coming to my school when I as at the Baltimore School of the Arts and just his presence there made [me feel like], ‘You know what? This is possible,’” Smith told Variety shortly coming off stage. “So I love just creating that kind of access and just sending that message like, ‘Hey, this is something you can be a part of and do, too.’”

CIE was launched after #OscarsSoWhite shook up Hollywood in 2016. Pinkett Smith was so outraged by the lack of diversity among the nominees that year that she boycotted the Oscars. Not only did she skip attending the show, but she said she wasn’t even going to watch it on television.

But she also knew that didn’t want her boycott to be her final say about the controversy. “I felt like, ‘Hey, now you have to do something about it,’” Pinkett Smith said. “So we created this program, CIE, where we reach out to marginalized groups to come and learn about our industry and create access for them.”

Pinkett Smith said progress has been made since #OscarsSoWhite two years ago, but there’s still more work to be done.

“We’re in the process,” she said. “And what still needs to be done is that it’s not a fad, that it’s something that we actually take a serious interest in and believe that because as much as people want to think that Hollywood’s not a big deal, I travel all around the world, and we are still the biggest tastemakers. We really are, and that’s just a fact. So I think that it’s important because we are setting an example. That was one of my ideas and beefs that Oscar year. It was just like, ‘No, we have to set a better example.’”

Since then, Hollywood has entered the era of #MeToo and Time’s Up. Pinkett Smith says she has complete confidence that the kids who are participating in CIE will have no problem overcoming obstacles in Hollywood, whether it’s a diversity issue or a #MeToo experience.

“Being that these kids are form marginalized communities, it’s like what they have to deal with in Hollywood, they’re already had adversity in a way… It’s not going to be scary,” she said. “It’s just not…It’s like any other career, whether you wanted to become a teacher or a doctor, life is scary! Let’s just be real. Life is full of challenges and so any career that you take is going to have its challenges. So this isn’t any spookier than any other career.”

Pinkett Smith took a moment to recall the exact time that her acting career took off when she was cast in “A Different World.”

“I got the show in the room where Debbie Allen was just like, ‘I love you,’” Pinkett Smith remembered. “I was actually auditioning with another friend of mine Tisha Campbell. We were auditioning for this young women who had AISD, and she was telling her classmates that she was HIV-positive, and Tisha got the role, but Debbie Allen looked at me and she said ‘I want to make you a series regular’ — just in the room from that audition! Debbie Allen was someone I had looked up to. She was like my model because she was a triple-threat. She directed, she acts, she danced, and so I was like ‘I need to do that.’ And so to be able to meet her and her receive me that way was beyond a dream come true, and she’s mentored me ever since.”