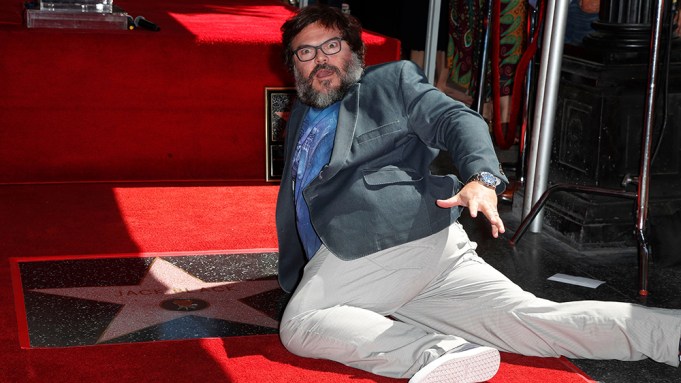 Jack Black had a long list of thank you’s at the unveiling of his star on the Hollywood Walk of Fame on Tuesday. The actor also had a few choice words for the president.

“I love you all so much,” Black said in the closing sentiments of his acceptance speech. Before leaving the podium, he remarked: “Except for Donald Trump’s a piece of sh— ! Peace out, love you!”

Earlier in the ceremony, friends of Black, including “School of Rock” director Richard Linklater and writer Mike White, each gave speeches sharing fond memories and testaments to the quality of his character.

“He’s the most charitable sweetheart of a guy,” Linklater said. “But from what I know working with him, I just wanna say, he’s such a great guy to hang out with.”

“The bigger the legend you are, like, the human, the person, recedes,” White said. “What I think is the most impressive is that the legend that [people] love is incredibly close to the actual person that he is.”

In Black’s own speech, he expressed how much it meant to him to be honored with a star.

“I’ve wanted one of these things for so long. Since I was a kid I thought, ‘Oh man, if you get one of those stars on the sidewalk that means you’ve made it.’ And I feel like I’ve finally grasped that sweet brass ring,” Black said. “In the immortal words of Axl Rose, ‘Where do we go now?'” Black sang with the comedic affectation he’s famous for. To answer his own question, he joked about his imminent retirement. “I got the thing! Why continue?” He said. “I’ve made it.”

Black assured the crowd that he would still do “Jumanji 2” and one more installment in the “Kung Fu Panda” series. “But seriously it’s time to pass the torch to the Uzi Verts and the Lil Peeps and… the Tommy and Sammy Blacks of the world,” he said, looking at his two sons. “Unless something really cool comes around.”