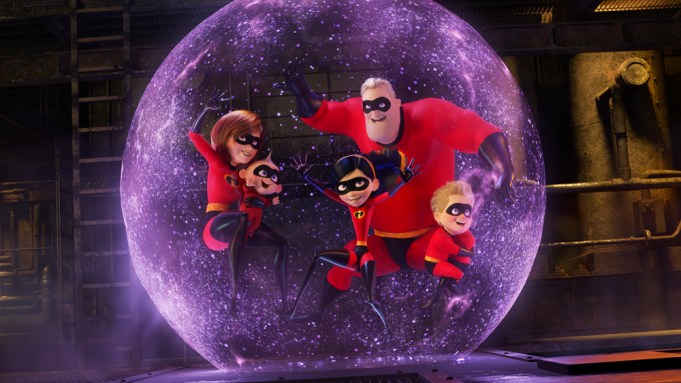 The sequel picks up right after the 2004 original as the family again grapples with mixing their quiet domestic life with superhuman abilities. Teenager Violet has an outburst over the “elephant in the room,” meaning that the government is welcoming superheroes back into the spotlight and allowing Elastigirl to return.

The trailer includes massive action sequences while Elastigirl frets about the impact of her job, musing, “So to help my family, I have to leave my family?”

Bob Parr, aka Mr. Incredible, is left to manage the family back at home, ineffectually helping with math homework and trying to contain baby Jack-Jack, who has managed to develop a range of superpowers — including becoming invisible and returning thanks to the lure of a chocolate chip cookie.

The trailer also shows a new villain, who attempts hypnotize anyone watching TV. Craig T. Nelson returns as the voice of Bob Parr and Samuel L. Jackson is again the voice of Frozone. Brad Bird, who voices fashion designer Edna Mode, is back to direct.

The original was a big hit with more than $660 million in worldwide grosses.