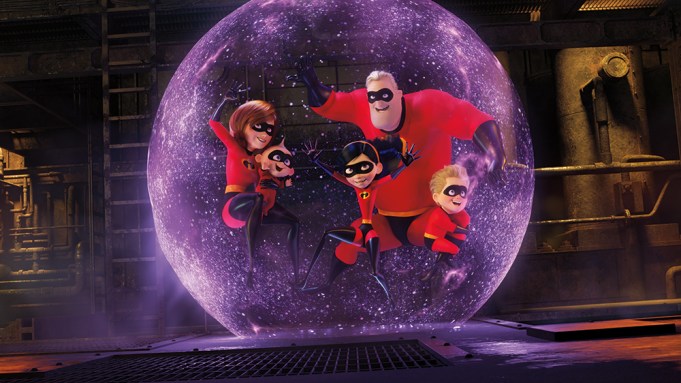 This weekend’s release of the long-awaited “Incredibles 2” has prompted some attendees to caution others via Twitter that the movie has several scenes with flashing lights that could pose a danger to those with epilepsy or other light-sensitive conditions — and that “Incredibles 2” doesn’t come with its own strobe light warning.

Disney has been notified of the situation and asked all theaters that are showing “Incredibles 2” to notify patrons of the scene in question.

She wrote that “Incredibles 2” is “filled with tons of strobe/flashing lights,” and explained that people with photosensitive epilepsy aren’t the only ones who could be affected — those who suffer from migraines, vision impairments, seizure conditions, vertigo (specifically flicker vertigo), autism, ADHD, and PTSD could also experience a reaction to the images.

She detailed that one of the scenes lasts at least 90 seconds and that others range from five to 30 seconds in length. She added that her descriptive audio device did warn her of some of the scenes, but not all.

Lewis made it clear she wasn’t calling for a boycott of the film, or asking Disney to remove it from theaters. Rather, she just wanted to make sure parents were informed before taking their children who could be affected to see “Incredibles 2.”

“I just wish Disney/Pixar and theaters alike would issue a warning that the movie contains several scenes with strobe lights,” she wrote.

So far, no incidents as a result of watching “Incredibles 2” have been reported.

In 1997, 685 children were sent to hospitals in Japan after an episode of “Pokemon” flashed red and blue lights to animate a scene in which Pikachu blows up missiles in cyberspace. Nintendo’s stocks took a hit after the incident, which became known in Japan as “Pokemon Shock,” and the show was taken off the air for nearly four months.

HEALTH ALERT I haven’t seen this mentioned in a lot of places, but the new Incredibles 2 movie (#incredibles2) is filled with tons of strobe/flashing lights that can cause issues for people with epilepsy, migraines, and chronic illness. This thread is spoiler free

So, the villain’s weapon of choice in the movie is bright white lights that are at a rapidly flashing/strobing frequency, with the intent to disorient people. One of these scenes lasts over 90 seconds with continuous strobe light, other scenes last anywhere from 5-30 seconds

These scenes are also spread out across the movie and often come without warning. My descriptive audio device warned me about the larger scenes, but other times it was light strobe lights came out of nowhere for no reason.

I am not calling for a boycott of Incredibles 2, or to change the movie. It is very well done, and the strobe lights are an important point in the plot. I just wish Disney/Pixar and theaters alike would issue a warning that the movie contains several scenes with strobe lights

Video games, some music videos, live concerts, theme park attractions, and even consumer electronics provide warnings about strobe lighting effects and the potential for seizures and other adverse effects. Why not have the same thing be done for a movie targeted at kids?

Parents have the right to make an informed decision about something that could impact their child’s safety and people with chronic illness have the right to learn about potential triggers/make steps to avoid them. Incredibles 2 needs a safety warning at the ticket window for this

Please share this thread, as well as my blog post on the topic below, and help to protect people from dangerous health effects that can come from watching Incredibles 2.https://t.co/DuVG5H6yKo