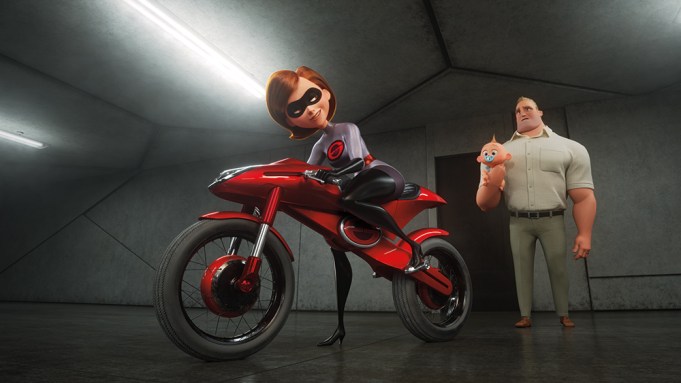 The Fandango record had been held previously by 2016’s “Finding Dory.”

In a Fandango survey of over 1,000 “Incredibles 2” moviegoers, 87% say they are fans of director Brad Bird; 85% have seen “The Incredibles” more than once, while 60% of them have seen it more than four times; 75% saw the first “Incredibles” on the big screen when it was first released in 2004; and 74% are particularly excited to see Samuel L. Jackson return as “Frozone.”

“’Incredibles 2’ is making history as our top animated pre-seller of all time,” said Fandango managing editor Erik Davis. “Fans have been waiting a long time for the return of one of our favorite screen families, and the latest Pixar offering is primed for heavy repeat business throughout the summer.”

Recent tracking has shown “Incredibles 2” is looking at a broad range between $125 million and $140 million for this weekend when it bows at over 4,400 locations in North America. “Finding Dory” has the top opening weekend with $135 million; it  went on to pick up $486 million in North America and over $1 billion worldwide.

“Incredibles 2” already boasts a 97% Fresh rating on Rotten Tomatoes. The sequel picks up directly following the events of the original film with the Parr family members attempting to balance having a normal life with their superpowers. Holly Hunter’s Elastigirl takes center stage as she is recruited to lead a campaign to bring Supers back after superheroes are forced to permanently conceal their identities.

The film was written and directed by Brad Bird, who also wrote and directed “The Incredibles” and “Ratatouille.” “Incredibles” opened in 2004 with $70.5 million, the second-largest opening at the time for an animated feature. It went on to win the Oscar for best animated film and earn $633 million worldwide.