Amy Schumer Is Bursting With Confidence in ‘I Feel Pretty’ Trailer 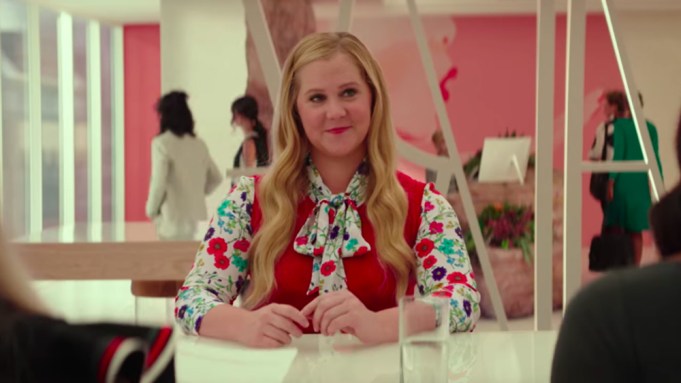 Amy Schumer is bursting with confidence in the first trailer for STXfilms’ comedy “I Feel Pretty,” which debuted Thursday on “The Ellen DeGeneres Show.”

Schumer portrays Renee, who struggles with feelings of insecurity and inadequacy on a daily basis, but awakens from a fall at a fitness club, believing she’s suddenly the most beautiful person on the planet — even though she looks exactly the same.

Upon catching her reflection in a mirror, she says, “That’s me? I’m beautiful!”